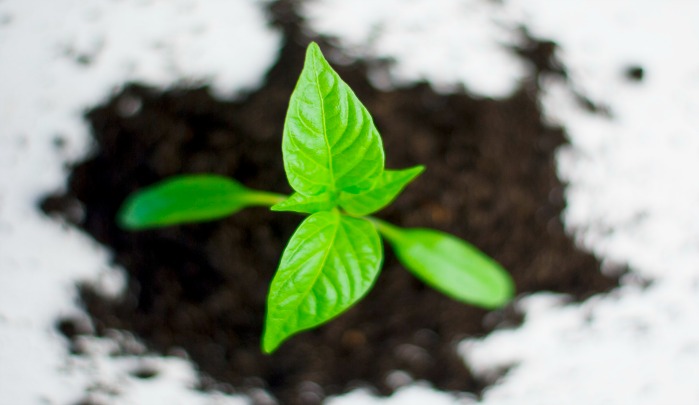 Researchers at the Polytechnic University of Madrid (UPM) in Spain, in collaboration with scientists with PlantResponse Biotech, S.L., are conducting research on a novel fungal endophyte that confers crop fitness benefits, particularly in alkaline soils.

Scientists and producers have long been aware that agricultural soils contain an enormous quantity and diversity of bacteria, fungi, protozoa and other microbes, but – with a few notable exceptions – are only recently beginning to realize and capture the potential value these microbes have for enhanced crop production.

The application of Bradyrhizobium to increase soybean production through enhanced nitrogen fixation has been a common grower practice for decades, particularly when planting fields that have never had soybeans, or it has been years since soybeans were grown in that location.

The application of mycorrhizae also gained widespread adoption, particularly among organic producers. Beyond these examples, however, microbes are only beginning to gain widespread adoption as a standard agricultural practice. As the search for plant-beneficial microbes continues, and the portfolio of products for commercial sale expands, many Bacillus species have taken a prominent place in this space, due to their ability to solubilize recalcitrant soil phosphorus and produce spores that have excellent ‘shelf life’ or stability in a container.

Nevertheless, the scientific search continues to identify microbes that will confer even greater benefits to crops, especially for those that lead to increased yields. Some companies have taken a consortia approach – applying to plants a host of microbes that are known to “play well together” – while others are isolating and studying individual microbial species.

Researchers at UPM, INRA France, MPI Germany and PlantResponse have isolated and studied a novel fungal endophyte from wild-growing A. thaliana in the central region of Spain. This endophyte behaves as a mutualist, transferring the macronutrient phosphorus to shoots, promoting plant growth and increasing nutrient utilization, especially under phosphorus-deficient conditions. What is worthy of note is that although it was isolated from a dicot, it also benefits monocots, especially corn (maize) and small grains such as wheat and barley.

Detailed research revealed that the endophyte has several modes of action. First, through a technique of generating transgenic fungal strains that expressed green fluorescing protein, researchers clearly demonstrated the endophyte successfully colonized the plant root, and then grew hyphae through the stele, or root central cylinder to colonize the shoot.

Following successful colonization, the researchers utilized radioactive 33P tracer experiments that provided direct evidence that phosphate is actively transferred from plant roots to shoots via the fungus. They also showed that there is genetic evidence of transcriptional activation of high-affinity P:H+ symporter genes under control of key transcription factors regulating the plant phosphate starvation response. This was conducted by inoculating mutant plants with non-functional PHR1 and PHL1, then observing a lack of activation, while non-mutant plants that were inoculated resulted in transcriptional activation.

Moreover, it was observed that fungal hyphae greatly expanded the amount of soil or substrate that can be exploited for P uptake in the plant. Plants can only absorb phosphorus as inorganic orthophosphate (Pi). Some Pi – usually a very low amount – can be found in soil solution, but most are bound to soil colloids and organic matter, some very tightly. Phosphorus moves from the soil to the plant root by diffusion, and rarely moves more than a millimetre.

Thus, the only real chance a plant has to absorb soil Pi is to have a root in close proximity to it. In a manner similar to mycorrhizae, this endophyte produces a vast network of hyphae from the plant roots, thus dramatically expanding the area a plant can exploit for available phosphorus. Furthermore, the researchers demonstrated this endophyte has the ability to solubilize non-labile (stubbornly held) soil phosphorus, thus making more available to the plant than it would otherwise receive.

Efficacy in the field

Detailed research on these multiple modes of action was followed by several years of field trials in various crops. In multiple trials conducted in Spain, France, Germany, Ukraine and Italy, the addition of the endophyte resulted in increased yield more than three-fourths of the time, with an overall average yield increase across these trials of nine per cent.

Most trials were conducted by coating the crop seeds with anywhere from 106 to 108 colony forming units (CFU) per kilo of seeds prior to planting, but in a few cases foliar applications were conducted on corn when they were at the 6-leaf growth stage (V6) from 109 to 1010 CFU per hectare, with great success. One example of this endophyte’s efficacy comes from a replicated field trial conducted in the south of Spain, under either sufficient or deficient irrigation.

Under optimal watering, there was a clear rate effect (the more endophyte applied, the greater the yield), with yield improvements over the Mock treatment ranging from 7.5% to 22.4%. In addition, the foliar application at V6 resulted in a 20.3% yield increase over the foliar Mock treatment. Under drought conditions, the seed treatment response was a yield increase of 16.6% to 30.3%, while the foliar application increased grain yield by 23.6%. Other trials in small grains and barley increased yields from 9% to 34%.

There is still more work to be done to better characterize the commercial potential of this endophyte. Many of the successful trials – in terms of producing greater yields – are in areas with calcareous soils that potentially limit soil phosphorus availability, while some of the less successful trials were conducted in more acidic soils with abundant soil phosphorus. A potentially confounding factor, however, may be whether the less efficacious trials were successfully colonized by the endophyte or not.

In summary, this novel endophyte can successfully colonize and symbiotically associate with several major crop species. Through multiple modes of action, including plant growth promotion through activation of critical P:H+ symporter genes, enhanced soil exploration and thus soil-P exploitation, and the ability to solubilize non-labile soil phosphorus, this endophyte enhances crop growth and yield potential. There is more work to be done before it can be commercialized, but the technology holds real promise for growers.

Join us the 4th Partnerships in Biocontrol, Biostimulants & Microbiome Congress: USA to hear case studies covering biopesticide and biostimulant use for increasing crop yield, improving soil health & nutrient uptake, and efficient water use. Download the agenda to see the full line up of speakers.