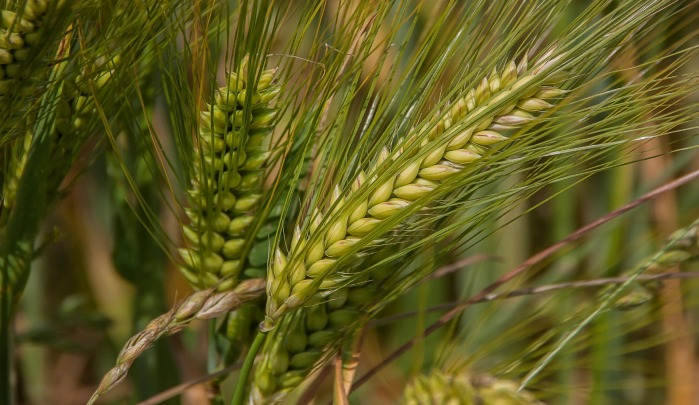 They are all based on the production of double strand brakes (DSB) at specific DNA sites that trigger the DNA repairing system of the cell. In plants this usually happens through non homologous end-joining (NHEJ), which is error-prone, thus exploited by scientists to inactivate target genes. Less frequently, plants repair DSBs via homologous recombination (HR), using sister chromatids or DNA templates provided by the experimenter. HR is error-free and could be used to precisely edit DNA sequences or to insert DNA fragments in a given genomic position.

The most promising among the GE technologies, CRISPR/Cas9, was released as a biotechnological tool in 2012 [1-3]. Plant scientists were quick to understand the potential of this discovery and in 2013 three independent works applying CRISPR/Cas9 to various plant species were published on Nature Biotechnology [4-6].

Rice is probably the most amenable cereal crop when it comes to CRISPR/Cas9. At present, about 80 research papers were published using CRISPR-based biotechnology in rice, versus the 10 papers involving bread wheat. Moreover, CRISPR methods in rice can generate mutations at target sites at nearly 100% efficiency whereas efficiency in wheat plants ranges from 1 to 7.5%.

Researchers have moved from proof of concept to more applicative use of CRISPR in rice. In fact, rice photo-sensitive and thermo-sensitive male sterile lines were developed to speed up breeding and exploit heterosis [7,8]. A CRISPR/Cas9 mutagenised rice line with enhanced blast resistance was recently released [9]. A research group based in Guangzhou (China) was able to target four genes known as regulators of grain number, panicle architecture, grain size and plant architecture showing that different agronomic relevant traits can be quickly improved in a single cultivar [10]. Scientists were also able to produce herbicide-resistant rice plants by CRISPR/Cas9 mediated HR [11]. Finally, the use of an endonuclease alternative to Cas9 has been successfully explored: Cpf1 has been exploited in rice not only to mutagenise desired sites, but also as a transcriptional regulator [12,13].

CRISPR/Cas9 technology in wheat had to face specific hurdles. In wheat it is not possible to regenerate plants from genome edited protoplast like it has been done in rice [6]. Furthermore, wheat genome complexity and time consuming tissue culture procedures may also discourage scientists to undergo ambitious genome editing projects in this cereal crop.

The first CRISPR/Cas9 mutagenised wheat plants were obtained in 2014 by researchers at the Chinese Academy of Sciences [14]. However, the overall efficiency of this GE technology was around 5%, relatively low if compared with rice. Nevertheless, the same research group was able to obtain transgene-free GE wheat plants using transient expression of CRISPR/Cas9 and subsequent regeneration of non-selected plants [15]. Although this approach led to the production of non-GM edited plants already in the first generation (T0), researchers has to genotype a large number of regenerated plants in order to identify the desired mutants.

It is worth remembering that traditional mutagenesis (e.g. TILLING) is still very attractive to wheat researchers and breeders not only because the regulatory situation allow randomly mutagenized plants to be grown in open field and commercialized, but also because wheat is very tolerant to mutagenesis due to the hexaploid genome and high gene redundancy [16,17]. Nevertheless, GE could greatly speed up breeding and allow to transfer traits from one variety to the other (or from landraces to commercial crops) and help to target small genes or non-coding RNAs [18].

Damiano Martignago
is a Post-Doctoral Researcher in the Plant Biology and Crop Science Department at Rothamsted Research, UK. He will present the preliminary results of his work on CRISPR/Cas9 in wheat at the 5th Plant Genomics and Gene Editing Congress in Amsterdam.

Interested in the latest applications of CRISPR/Cas9? Register now for the 6th Plant Genomics and Gene Editing Congress.