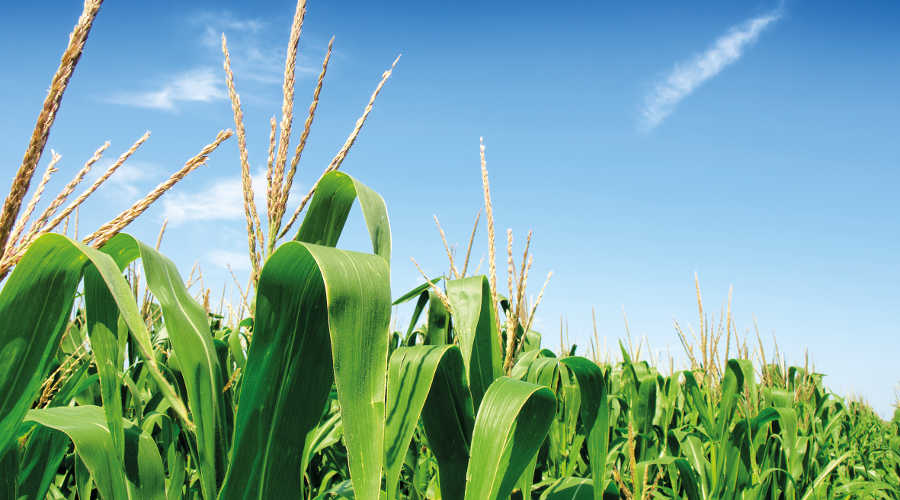 The category of disease resistance genes known as ‘major’ are important because they completely block pathogen development and are evident at the seedling stage.  These can be more easily mapped than partially resistant or quantitative resistance genes.

Cereal plants have naturally evolved genes to restrict or slow down diseases. Plant breeders have used these traits to develop high levels of resistance in cereal plants.

Descriptions and genetic maps of these cultivars are large-scale with hundreds of candidates for resistance. Cloning and in-depth study at the molecular level has only taken place in recent years to identify specific genetic codes for disease resistance.

The challenge of gene cloning in cereals

The DNA of many cereals is larger and more complex than the human genome, so recent technological advances have been needed to make cloning faster, cheaper, and more practical.

The first disease resistant gene to be cloned (HM1) was for resistance to a fungus affecting maize (HCTR). In this case, researchers were already aware of the existence of the fungal toxin and a detoxifying maize enzyme.

In contrast, a resistance gene (Xa21) for a bacterial disease in rice was identified without any prior knowledge. Resistance for all Indian and Philippine rice species was provided by a resistant gene from African wild rice, but the process took 10 years.

This illustrates the challenges of time and complexity that have been inherent in gene cloning for cereals to date.

New methods for sequencing, gene capture and gene complexity reduction are making the identification, cloning, and effective use of resistance genes more effective:

Faster trials – Mapping and growing multiple generations of plants with possible resistant traits has typically been a long process. It can now take place considerably more quickly in controlled greenhouse conditions that allow several generations to be grown in a year rather than in seasonal field conditions.

Improved reference material – Although genome reference sequences for rice and maize have been available for several years, more complex sequences for wheat and barley have only recently been completed. This will make mapping and isolation of resistant genes much faster. However, gene content differs between different genotypes of the same cereal species, so a resistance gene might not be present in the reference cultivars.

Reduced complexity – Messenger ribonucleic acid, or mRNA, can be used to identify parts of the genome that will not contribute to identifying resistance genes. This allows studies to focus on differences between resistant and susceptible species, with and without the target disease present.

Bulk sequencing and mapping – An approach known as MutMap uses whole genome resequencing to quickly isolate genes responsible for specific mutations. Plants with specific characteristics can then be produced by crossing interesting mutations with other cultivars. These can be grown in bulk and compared with the original wild species. The MutMap+ approach doesn’t rely on crossing and is especially helpful in identifying mutants that impact reproduction, including sterility or other mutations that prevent crossing.

These approaches are successful with rice, which has a relatively small genome, but aren’t currently suitable for the more complex genomes of wheat or barley, for example.

Targeted mapping – Chromosome flow sorting has been used to simplify identification of resistance genes in more complex cereals, although its accuracy can be limited. To overcome this limitation, high-resolution long-range sequence assembly can now be used to allow additional markers to be identified quickly and cost-effectively. When used with other techniques, some time-consuming processes will no longer be needed.

Resistant gene enrichment – The natural ability of cereal plants to detect diseases and trigger immune responses is a growing area of interest. Gene enrichment sequencing allows genes that are likely to be associated with diseases to be identified without mapping the whole gene. This is a faster process, although currently limited to certain types of naturally occurring resistance genes.

Wider diversity – Association genetics and complexity reduction techniques can be used to isolate resistant genes in a wider population without a reference sequence. This can significantly reduce the time needed to clone a resistance gene, although significant time is needed to create a suitably diverse population of plants.

Septoria tritici blotch (STB) is one of the most important fungal diseases of wheat in Europe and other wheat-growing areas. Because of the sexual reproduction of the fungus, genetic variability allows fungicide resistant strains to evolve.

Many wheat cultivars have already been bred with a specific resistance to the fungus. These can now be cloned and used much more quickly thanks to recently developed techniques such as target interval mapping.

Proteins have been identified in this resistant gene that are now recognised as important components of disease resistance in cereals. Another gene has also been discovered that affects the virulence of the disease. It is not yet known whether these genes effectively work together, but they offer valuable options for further development of a plant disease resistance gene.

This article is based on the chapter ‘Mapping and isolation of major resistance genes in cereals’ by Jan Bettgenhaeuser and Simon G. Krattinger, King Abdullah University of Science and Technology, Saudi Arabia, which features in the new book ‘Advances in breeding techniques for cereal crops’: Frank Ordon and Wolfgang Friedt (eds), 2019, Burleigh Dodds Science Publishing, Cambridge, UK  (ISBN: 978-1-78676-244-3; www.bdspublishing.com). Sign up to the Burleigh Dodds e-newsletter to receive a free copy of the full chapter. Visit www.bdspublishing.com/contact-us to sign up and see a full list of titles.