Where our food really comes from 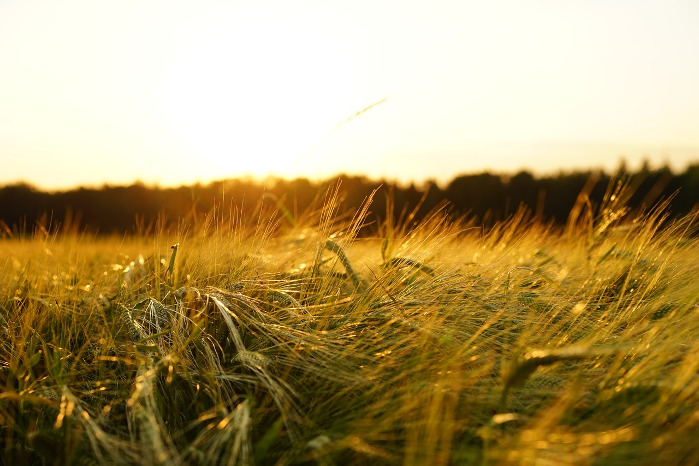 Agriculture then and now

The question of where our food comes from is a refrain heard frequently these days. It is a very good one to ask, but it goes far beyond knowing where the nearest farm-to-table restaurant or CSA pick-up location is. To truly know where one’s food comes from, one needs to have an appreciation of the origin of agriculture. The plants growing in our fields today did not spring fully formed from some primordial ooze but are rather the result of natural and human forces over the course of millennia.

Modern humans are among the most recent denizens of the planet Earth. Our short stint here has been dominated by the need to obtain food, water, and shelter in addition to additional minor requirements of not getting killed by diseases, fellow predators, and our own lethal mistakes. Early humans were hunter-gatherers that followed herds of prey around, gleaning sustenance as they could from these animals as well as plants that proved to be nontoxic. Over time, it became apparent that plants were a far less dangerous/aggressive food source and that by planting seeds of a nourishing species a great deal more food could be harvested. Meat was obviously still consumed, but reliance on plants grew (literally).

This phase of human evolution was the beginnings of agriculture and plant domestication: edible plants were no longer consumed by chance but rather due to cultivation and humans began, unwittingly, to change the genetic make-up of the plants they ate. Some of the oldest crops to be integrated into our repertoire were small grains such as wheat and barley around 10,000 years ago in the Fertile Crescent; however, everything we eat today was domesticated from its wild state at some time and at some place in the world. Simply by saving seeds from a diverse wild species and planting these seeds to harvest more food, humans began narrowing the agricultural gene pool and selecting for genes that were in those saved seeds. If a grain head shattered and the seeds from that plant dropped to the ground, those seeds would never be harvested and by virtue of this simple fact, wheat genotypes that do not shatter were inadvertently developed by ancient humans.

Time passed and human society developed and grew from related groups tending a flock and a field to villages and cities. The agricultural resources required to feed ancient Rome or Athens were vast relative to agriculture’s beginnings. Crops were grown in concentrated areas and far more people relied on their success. These activities represented the full human commitment to agriculture and with this concentration of population and crops/livestock came the recognition and devastation of disease. Festivals such as the Robigalia were common and sacrifices to the gods were thought to stave off crop plagues that would otherwise devastate the human population.

Agricultural deities such as the Roman Goddess Ceres and the Greek Goddess Demeter were revered and regularly honored with festivals and sacrifices, all for the health and prosperity of the crops. Plant disease was recognized and the subsequent eras of human society saw not only debilitating crop diseases but also human petulance. Scientifically minded individuals eventually discovered the microbial causes of disease as well as the genetic factors that can control them and, by the early 20th century, the field of Plant Breeding was established and began the slow, directed changes to crop plants that would dramatically increase yields and control plant disease.

Fast-forward to the early 21st century and the story has changed again. More than half of the world’s 7 billion live in cities, and an increasing number maintain populations exceeding 10 million (Tokyo is the largest at 38M). Over the last 100 years in the US alone, the population has increased over 4-fold while the farm population has shrunk 10-fold and total farm acres are down more than 15% from their peak. Subsistence farming is alive and “well” with 70% of farmers in sub-Saharan Africa just able to meet the basic necessities for their families. In addition to plant breeding efforts, changes in cultural practices and the introduction of agricultural chemistries have significantly changed farming strategies and finances. Agricultural advances have come at great cost and reward with the American dustbowl, a quadrupling of corn yields, repeated African continent famines, The Green Revolution, and implementation of GM technologies being, for good or ill, milestones.

The Earth’s population is not going to shrink anytime soon and by the year 2050 we may need to support a population close to 10B. While corn yields were seen to increase by 400% since 1900, this rate has plateaued and even modern technologies such as transgenics have failed to push yields much higher. While on the surface this leaves little room for hope that we can produce enough food for the coming human era, there is an aspect of agriculture that has been almost completely missed until recent years: The Phytobiome. That is, the collection of microbes living in, on and around a plant in such close relationships that without them what we think of as that plant’s phenotype may dramatically change. The same way the human microbiome has been found to comprise a significant proportion of the total number of “human” cells and to be required for good health, the phytobiome is also required for a healthy plant. An excellent and well-known example of this is the interaction between legumes and Rhizobia in nodule formation and nitrogen fixation, with the genes controlling this trait being distributed between the plant and the bacterium.

Likely our best hope for increasing crop production to feed the world is by leveraging the Phytobiome owing to its role as a plant’s “extended genotype.” That said, modern agricultural practices use numerous methods and chemistries that are aimed at eliminating microbes in an effort to eliminate plant diseases. Unfortunately, these approaches are nonspecific and critical members of a plant’s Phytobiome fall victim as well.

Plant breeding efforts have not fully leveraged symbiotic microbial populations due to variety selections generally being made under conventional farming standards, i.e. in the presence of chemistries and conditions that are suboptimal or even detrimental to these beneficial microbes. This means that there is still genetic potential in crop plants to maximize their interaction with their Phytobiome. It also means that in order to fully reach this potential we need to enter a new agricultural era, one in which the extreme value of microbials is recognized and incorporated into our breeding strategies, management practices, and regulatory thinking.

Molly Cadle-Davidson is the Chief Science Officer at Advanced Biological Marketing. She will be speaking on the implementation of genomic tools for beneficial microbial discovery at the Global Biocontrol & Biostimulants Congress.

Visit here for more information on our range of conferences.