The Effects of Every Day Cosmetics on the Skin Microbiome 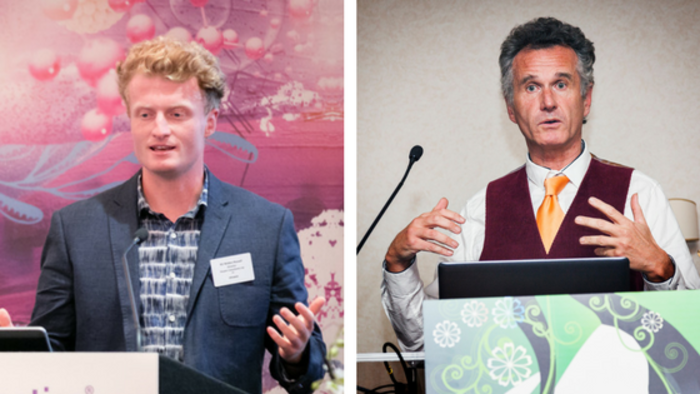 “When it comes to healthy skin, microbial biodiversity is everything – that was the conclusion of my first published paper on the skin microbiome.” (Wallen-Russell, 2017)

This research revealed a complete lack of conclusive findings that linked the presence or abundance of particular species of microbe to skin disease or health. This phenomenon is replicated throughout nature, where researchers across every field of biology and ecology agree that a high biodiversity corresponds to increased healthiness and functionality within an ecosystem. From the plains of Yellowstone Park (macro), right down to a millimetre of the human skin (micro), a decreased
biodiversity negatively impacts the ecosystem.

The Importance of Biodiversity: An Example

In my 2017 research, I use the example of the re-introduction of the wolves in Yellowstone Park to explain the issue of biodiversity on the skin. The park had fallen into disrepair in their absence, and the biggest contributor to the Park’s rapidly deteriorating conditions was the swelling of elk numbers. 1997 saw Yellowstone with “some of the worst overgrazed willow communities in the West”. By re-introducing the wolves to increase biodiversity, the entire landscape of the park changed in ways which no one could have imagined. Direct and indirect changes were observed: the elk populations decreased back to a safe level, rivers changed direction, and grizzly bear populations exploded, to name but a few. To this day, the park’s health has never been better.

This highlights a crucial point of the fragility of ecosystems. It can take the addition or removal of just one out of thousands of species of organisms in an ecosystem to have dramatic effects. So, if this delicate balance is upset on the skin, organisms not associated with pathogenic behaviour can become damaging to the host/system. The elk became pathogenic to the ecosystem when there were no wolves to keep their numbers down just like a ‘pathogenic’ microbe on the skin.

So, microbes are not inherently pathogenic, but become so when the delicate balance is upset and biodiversity is decreased. This shows the single most important thing is the preservation of natural biodiversity in all ecosystems, including the skin. Academia and the industry have been looking in the wrong places; their obsession with types of bacteria will never lead to any conclusions whatsoever. Moreover, our modern ‘cleanliness culture’ and an obsession with killing ‘bad’ bacteria, is very damaging.

The reason that these findings on the relationship between high biodiversity and skin health are so crucial is because, for the first time, it allows us to address a fundamental question: “Are modern cosmetics a cause of the skin allergy epidemic?” The question arose from the dramatic rise in skin allergies in the modern era, a challenge that spiked in the last decade. The research in my 2017 paper also backed up this clinical data by showing the dramatic decline in the levels of Western skin biodiversity when compared to remote South America peoples uncontacted with Western culture. 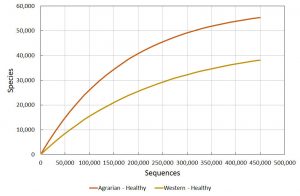 This so-called ‘Caveman’ skin, untouched by modern civilisation, was far different to Western skin and displayed unprecedented levels of bacterial diversity. Skin diversity was higher in communities that were less exposed to Western practices, which demonstrates that environmental factors are linked to damaged skin in developed countries.

So, for the past 5 months, I have been conducting clinical trials with the Medical University of Graz in Austria. The latest study involved 30 volunteers, broken up into three groups: one used skin care products marketed as natural, another used conventional skin care products and the final group used JooMo’s microbiome-friendly products. Both the so-called “natural” and conventional products used by the first two groups contained some portion of synthetic materials. The researchers took a skin biodiversity baseline at the start of the trial (T1), then tested that same skin midway through the research (T2) and again at the conclusion (T3). Skin health throughout was measured by the biodiversity of the skin microbiome. The more diverse a microbiome becomes, the stronger the skin barrier and the greater the overall skin health. I am currently writing up the results to be submitted in another peer-reviewed paper to be published shortly. However, I will give readers one titbit: the study found that JooMo’s products significantly increase microbial diversity and, as a result, skin health, in two weeks or sooner (see graph below). 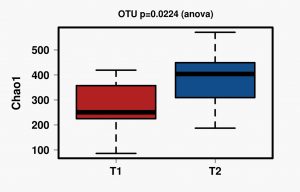 At the 5th Microbiome R&D & Business Collaboration Forum: Europe in Rotterdam on 21-22 March 2018, I should be able to reveal more perhaps surprising (or even alarming) results!

Kit Wallen-Russell will be presenting on Skin Microbiome and Cosmetics at the 5th Microbiome R&D and Business Collaboration Forum: Europe. Take a look at the agenda to find out more.