A new phage in Microbiome discovery 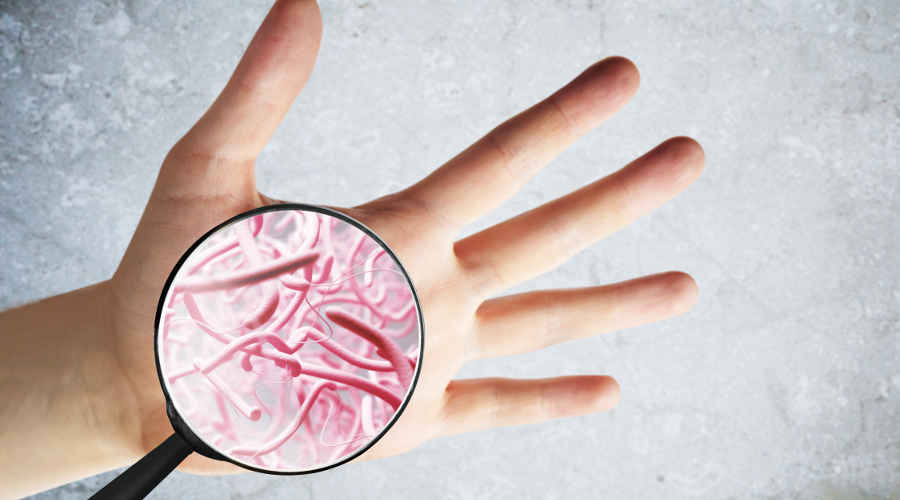 The Human Genome Project was the largest collaborative scientific project that is credited with transforming our understanding of human genetics and revolutionizing medical research. It’s completion in 2003 was greeted as a watershed moment in the history of scientific discovery.

Today, a much less heralded collaborative scientific project is underway that may have implications for human health that could be as profound as that of the Human Genome Project. The Human Microbiome Project (HMP) is a National Institutes of Health (NIH)-supported collaboration that develops “research resources to enable the study of the microbial communities that live in and on our bodies and the roles they play in human health and disease”.

Recent research has resulted in a better understanding of what a “normal” human microbiome looks like, and researchers are now exploring how changes in the microbiome are associated with, or even cause, illnesses. Around the globe new therapeutic approaches are being designed to manipulate the microbiome to treat disease as well as to restore and support health.

Enter the phage as an important tool to help balance the microbiome by eliminating “bad bacteria” in a highly targeted way.

Bacteriophages or ‘phages’ are viruses that invade bacterial cells and, in the case of lytic phages, disrupt bacterial metabolism and cause the bacterium to destruct. Phage therapy has been used as an alternative to antibiotic therapy in the treatment of bacterial infections for many years, particularly in Eastern Europe. The advantage of phage therapy is that phages specifically target a particular strain of bacterium, so they don’t kill ‘good bacteria’. This means that unlike broad spectrum antibiotics, negative impact on the microbiome is minimized.

Phages also die once the targeted bacterium is eliminated, thereby minimizing the potential side-effects. Furthermore, it is difficult for bacteria to become resistant to phage therapy and if resistance does develop, new phages can often be selected that will be effective. However, the challenge in phage therapy is that to be effective, you need to know the exact type of bacteria being targeted and then have a phage ready to attack that particular bacterium.

BiomX, an Israeli biotech company, is taking phage therapy to the next level by using cutting edge computational and synthetic biology to discover and validate proprietary bacterial targets and customize natural and engineered phage compositions against these targets. The approach, first pioneered at the Weizmann Institute of Science in Israel and the Massachusetts Institute of Technology, addresses the biggest challenge of phage therapy which is identifying the target bacteria which are driving the microbiome imbalance and then designing phages to attach and destroy the bacteria.

The first step in the process is the identification of the target bacteria, which is a considerable challenge given the complexity of the human biome. According to the HMP, “our bodies are inhabited by trillions of microorganisms. Yet, because of their small size (each microbe is less than 1% the width of a human hair), these rich communities of bacteria, fungi, and other microbes makes up only 1 to 2 percent of the body’s mass.”

BiomX addresses this challenge through metagenomics and the metatranscriptome which determines strain level relative abundance of bacteria, bacterial growth dynamics and RNA level response to stimuli. This process pinpoints harmful bacteria linked to disease states and opens the door to the next step – the development of the phage cocktail.

The three steps in the phage discovery process

The phage discovery process is comprised of three steps; screening and identification, synthetic phage engineering and the design of the phage cocktail.

Phage identification is undertaken using a proprietary high throughput screening process against a range of bacterial hosts. In cases where natural phage are not identiﬁed, multiple methods are used to synthesize phage that are reactive to the target bacteria. Finally, the phage cocktail is developed. The candidate phage are characterized with respect to a large number of parameters in order to allow selection of an optimal phage cocktail.

The phage combinations are designed to allow broad coverage of target strains and prevent the appearance of resistant strains. Manufacturing considerations are also taken into account in selecting phage for inclusion in the therapeutic cocktail. Speciﬁc parameters for examination are: absence of toxic genes, potential hosts, host range from various geographic locations, stability, and production characteristics.

This new therapeutic approach to treating diseases through the human microbiome will first be explored in an acne trial using a topical gel, with a second program in inflammatory bowel disease currently in late pre-clinical development stages.

As we increase our understanding of the links between the microbiome and diseases, we can look forward to additional therapeutic approaches that will accelerate new product development for the benefit of patients.

Time is running out to guarantee a place at the Skin Microbiome & Cosmeceuticals Congress: USA in San Diego this October. Download the agenda and book now to avoid missing out.