The Role of Prebiotics and Probiotics in Aquaculture 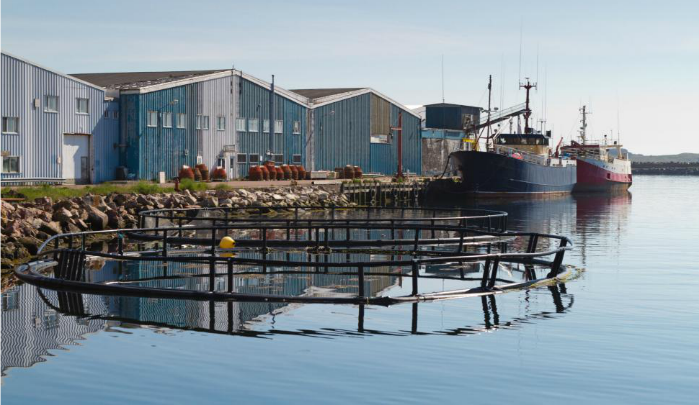 Physical, chemical and biological stresses are the order of the day for cultured fish. The expansion of aquaculture over the last three decades to complement capture fisheries means that farmers are increasing stocking densities and feed input per production unit.

This has resulted in a host of problems relating to the deterioration of adjacent water bodies and the proliferation of diseases, which compromises production quality and quantity. In response, medicines and antibiotics are used to manage fish health and ensure the development of the industry.

Research has shown that 76% of antibiotics used in aquaculture are for humans and six classes are on the WHO list of critically important antimicrobials. Their indiscriminate use in the last two decades has given rise to dire consequences. Among these are the prevalence of antibiotic resistant microorganisms and imbalance in the gut microbiota, which affects fish health and residual deposition in the fish muscle: a potential health risk to consumers.

These developments pose a threat to the industry in view of an FAO statistic in 2014, which showed that aquaculture production of food fish reached a staggering 66.6 million tons in 2012. The situation is serious enough to prompt governments to regulate antibiotic use in aquaculture, particularly in commercial fish species.

An alternative approach to manage fish health that is fast gaining attention in the aquaculture industry is probiotics, a microbial intervention approach, which has been found to improve not only fish health but in many instances fish growth.

Probiotics are living microbial cells (although heat-inactivated versions have been shown to retain benefits for the host). Although probiotics were initially used for disease control, their use in aquaculture has now extended to improving fish growth and reproduction through addition to the body of water or feed.

Probiotics function by acting as nutrient sources, providing enzymes for better digestion, modulating the immune system and increasing the immune response against pathogenic bacteria. The most common probiotics used in aquaculture include lactic acid bacteria such as Lactobacillus-sp., Bacillus-sp., Enterococcus-sp., and yeast, Saccharomyces cerevisiae.

The concept is simple; feed adequate amounts of microbes to the organism to modify the gut microflora and replace harmful microbes with beneficial ones. The effect is multipronged. By populating the gut, these exogenous bacteria compete with pathogens, preventing their adhesion to the intestinal wall, limited access to nutrients and secreting antibacterial substances such as bacteriocinis and organic acids. In terms of promoting growth, the proliferation of friendly microorganisms increases digestive enzymes, such as proteases, amylases and lipases, in the gut leading to improved digestive processes and nutrient utilisation.

The success of probiotic supplementation in aquaculture appears dependent on fish species and size, as well as the feeding management adopted. This is evident from a series of studies on the use of probiotics used alone or in combination with prebiotics in the juvenile stage of two freshwater fish of commercial importance: Pangasianodon hypopthalmus and Channa striata.

In both fish species, Lactobacillus acidophilus not only outperformed live yeast, (Saccharomyces cerevisiae) in all physical, physiological and immunological parameters evaluated, but improved gut morphology and increased digestive enzyme activity.

The improvement in diet digestibility was most evident when Pangasianodon hypopthalmus juveniles who were fed diets containing 45% soybean protein had the same weight as fish fed a 100% fish meal protein diet. In the case of Channa striata, the beneficial effects of Lactobacillus acidophilus intake were retained at least two weeks longer after the withdrawal of supplementation compared to yeast and selected prebiotics, suggesting that there is no need for a continuous presentation of probiotics.

This improved growth was accompanied by an increase in bacterial community richness and evenness and an improvement in gut morphology. Furthermore, increased gut amylase, protease and lipase activity continued 8 weeks after supplementation was terminated. It is likely that improvements in growth were a consequence of improved fish health based on the improved haematological parameters, total immunoglobulin content and lysozyme activity, when Pangasianodon hypopthalmus and Channa striata were fed the probiotic supplemented diet.

In in vivo challenge studies using Aeromonas hydrophila, both fish species responded best in terms of resistance to infection and 100% survived when Lactobacillus acidophilus was the candidate probiotic compared to live yeast Saccharomyces cerevisiae.

It is evident that the benefits accorded by probiotics make it a viable alternative to the use of antibiotics and chemicals. However, adopting probiotics in large-scale aquaculture poses logistical problems. Their effectiveness is dependent on factors such as the proper management of strains, necessary provision of dosage and ensuring bacterial stability during production and storage, which potentially reduces the number of viable organisms. Furthermore, concerns about the safety of strains and the transmission of antibiotic resistance and virulent plasmids are issues that cannot be ignored.

One alternative to appease the situation is to reduce its inclusion in fish diets by combining it with prebiotics: an approach called synbiotics. Work using Pangasianodon hypopthalmus as a model and live yeast as probiotic, combined with selected prebiotics, showed improved growth performance, digestibility of diets containing high soybean protein and fish health, compared to yeast used alone.

The success of synbiotics in aquaculture remains to be seen. We must bear in mind the high cost of prebiotics, but it may be offset by the reduction in the use of probiotics. In favour of a more sustainable aquaculture industry, it may be a viable option.

Find out more about the probiotics series of events

5 Responses to “The Role of Prebiotics and Probiotics in Aquaculture”