In vitro Modelling of the Human Upper Digestive Tract 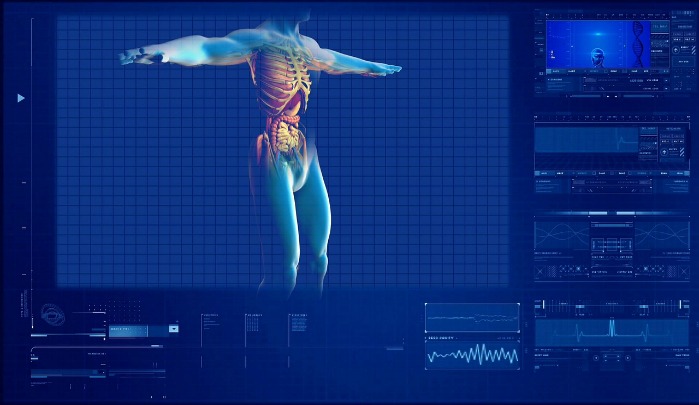 Artificial digestive systems are increasingly used as a relevant alternative to in vivo studies for ethical, technical, regulatory and cost reasons. For more than 20 years, CIDAM, from the University of Auvergne in France, has been developing platforms such as the artificial digestion associating dissolution apparatus, mastication simulator, gastric and small intestinal models, large intestinal systems and intestinal cells in culture. Among these models, the TNO gastric and small intestinal model (TIM) is the world’s most complete simulator of the human upper digestive tract (Guerra et al., Trends Biotechnol., 2012). 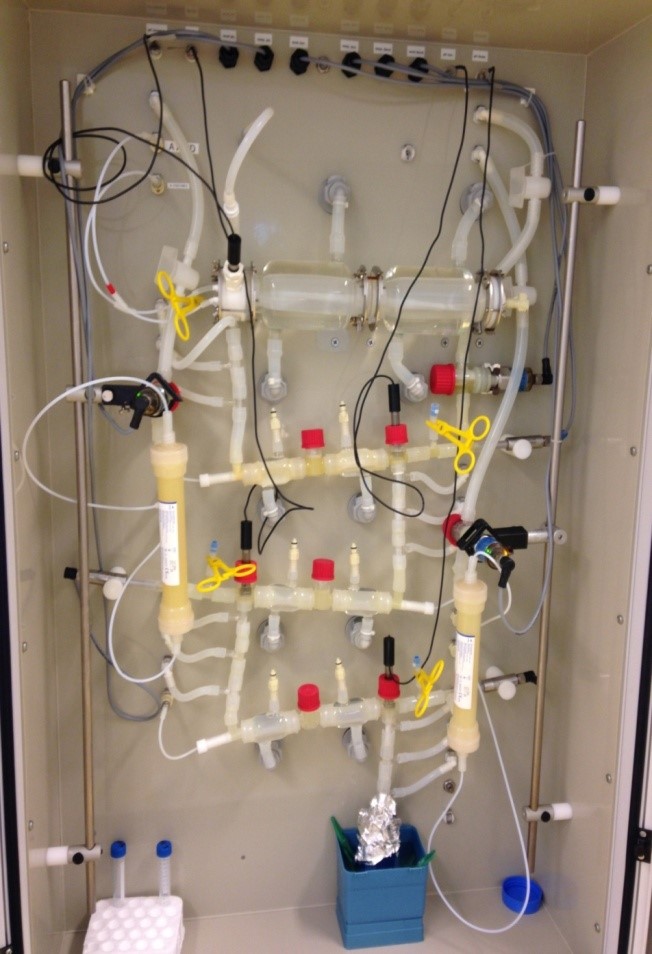 TIM is a multi-compartmental, dynamic in vitro model which consists of four successive compartments simulating the stomach, duodenum, jejunum and ileum. The main parameters of digestion, such as body temperature, longitudinal and time changes in pH, peristaltic mixing, salivary, gastric, biliary, pancreatic secretions and passive absorption of small molecules and water, are reproduced as accurately as possible, based upon in vivo data.

The in vitro model can be programmed to reproduce the digestion of monogastric animals (for example, pigs and dogs) or that of a human under physiological or diseased conditions. Specific age ranges can also be reproduced, such as newborn, infant, adult or elderly. An infant protocol (6 months – 2 years of age, ingestion of a glass of water) was developed thanks to an exhaustive review of the in vivo literature (Roussel et al., Ped. Res., 2016).

Regarding microbiological studies, the TIM system may be advantageously used to study the survival of pathogenic and probiotic microorganisms throughout the upper digestive tract and the effect of strains, culture conditions, or food matrices (Blanquet-Diot et al., Pharm Res., 2012 ; Arroyo-Lopez et al., Front. Microbiol., 2014 ; Miszczycha et al., Int. J. Food Microbiol., 2014 ; Cordonnier et al., Microorganisms, 2015). The expression of virulence genes by pathogens, or the metabolic activity of probiotic strains, can also be followed in the in vitro model, as well as the interactions between pathogens and probiotics (Etienne-Mesmin et al., Appl. Microbiol. Biotechnol. 2011 ; Uriot et al., Food Microbiol., 2016).

We used the potential of the TIM model for a comparative study of Enterohemorrhagic Escherichia coli (EHEC) O157:H7 survival and virulence under adult and infant conditions (Roussel et al., Ped. Res., 2016). EHEC are major food and waterborne pathogens that constitute a serious public health threat. In young infants they cause the life-threatening complication hemolytic uremic syndrome. We found that, in comparison with adults, a higher amount of viable cells were able to reach the distal parts of the artificial small intestine in children. Expression of major virulence genes were also higher under child digestive conditions. The TIM model has provided meaningful insights into the comprehension of EHEC pathogenesis. The differences in digestive physicochemical parameters can partially explain why children are more susceptible to EHEC infections than adults.

Charlène Roussel is in her first year of a joint PhD between CIDAM, University of Auvergne and the Center in Microbial Ecology and Technology, Ghent University, Belgium.

Find out what’s happening at our upcoming microbiome conference.