The race to find a treatment for NASH; what’s the big hold up? 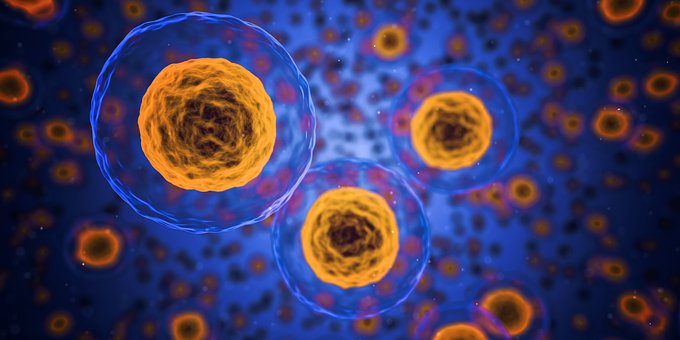 If I were to tell you that there was a multi-million pound race to help more than 1 billion people – you would call me crazy, but believe it or not, it’s actually true! In recognition of International NASH Day, I’m asking what’s the big hold up when it comes to treating NASH?

Nonalcoholic fatty liver disease (NAFLD) is estimated to affect over 1 billion people worldwide and a significant proportion of these people are progressing to nonalcoholic steatohepatitis (NASH). In the next 2 years, NASH is set to overtake hepatitis C as the leading indication for liver transplantation yet worldwide, there is no licensed treatment.

It’s been 38 years since NASH was first described, yet advances in pharmacological therapy have been slow. The world has made fantastic advances in so many different liver treatments while NASH has taken a back seat. So why has it been such a tortuous road?

Such lack of recognition

It has long been known that NAFLD implies steatosis, and steatosis has historically been thought of as a benign condition therefore many doctors did not see NASH as a concern. Once thought to be only a manifestation of obesity and/or diabetes, it’s clinical significance was questionable. Overall this lack of attention meant NASH was not a disease worth diagnosing or treating. As time went on, large observational studies on diabetic patients and mortality showed a significant amount of them were dying of cirrhosis, finally pushing NASH into the limelight.

Wrong! NASH has traditionally been thought of as a complication of diabetes, therefore, it was commonly thought that if you control diabetes you will curb the NASH. This is actually far from the truth. The fact of the matter is a lot of NASH patients don’t even have uncontrolled diabetes. What is more important is that the three main treatments for diabetes (metformin, sulfamides and insulin) are totally ineffective against NASH.

What is our endpoint?

As the disease burden of NASH increases globally it is obvious that we need a pharmacology therapy. So what has been so challenging about clinical trials? A good study needs a clear and meaningful endpoint which isn’t so easy to set in NASH. With most patients being asymptomatic its difficult to set symptom and/or functional based outcomes. In addition, NASH is a heterogeneous disease influenced by the environment, genetic susceptibility and several modifiable risk factors. This level of complexity restricts the ability to define a clear and measurable endpoint.

Where to shine the spotlight?

NASH gained attention in the medical world but that didn’t simply pave the way to new treatments. As a predominantly asymptomatic condition, many patients are diagnosed late due to normal examination and blood tests. The gold standard for diagnosis is an invasive and expensive liver biopsy which further complicates its diagnosis. Newly developed elastography scanning and other non-invasive tests/scoring systems have helped greatly with earlier recognition but the question is what do we do with those recognised as having NAFLD or NASH?

The list above is but a few stones in the road towards a treatment for the millions of people who currently have NASH. But along that rocky road, we have learnt many things…

Data has shown us that a high fat + high sucrose diet induces steatohepatitis and oxidative stress leading to fibrosis. We also know that patients who receive intensive lifestyle intervention and education on diet have a more frequent resolution of steatohepatitis. Unfortunately, longterm compliance is key and patients often relapse after the intervention comes to an end and physicians do not have the resources to sustain the major interventional requirements needed.

Exercise should be an adjunct to treatment

We know that half of all NAFLD patients in the USA and Europe are inactive and almost a third have virtually no physical exercise. Exercise benefits are well documented and meta-analysis have shown exercise alone is enough to reduce hepatic fat content. Exercise like many medications has a dose-effect relationship but unfortunately, NASH patients have poor compliance with exercise due to high levels of fatigue. No new pharmacological treatment is going to completely cure NASH but when used in conjunction with dietary changes and exercise great results could be seen.

Is a brighter future coming?

The ideal pharmacological NASH treatment would reduce hepatic inflammation, stop hepatocyte injury, correct insulin resistance and act as an antifibrotic. While there is nothing in development that will do all of these, several companies are trialling medications that will achieve just some of the above goals. Examples include:

The fate of all the ongoing clinical trials are unknown at the moment but what we do know is that none of the many molecules under investigation will provide a cure for NAFLD or NASH. Continued research into both diagnostic methods, biomarkers, and pharmacological treatments alongside public health schemes are needed to fight the plight of NASH.

Dr Michael Gomez is a core medical trainee at the John Radcliffe Hospital in Oxford.

Want to be kept up to date on all things NASH? Sign up to our newsletter here, containing relevant articles and events.