Applications of the CRISPR-System in Plant Resistance Breeding 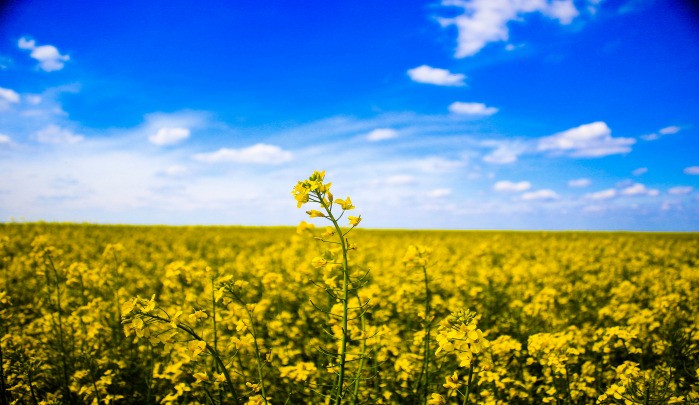 Recent breeding strategies to improve crop resistance against pathogen attacks mainly rely on resistance genes. However, the genetic resource of resistance is limited in most crops, in particular in oilseed-rape (Brassica napus). However, breeding of resistance crops against new emerging diseases remains a great challenge.

Mutagenesis has been successfully applied to increase genetic variability for many years. Plant material can be exposed to chemical or physical mutagens and then screened for desired genotypes, for instance for recessive resistance generated by disruption of susceptibility factors required by the pathogen to archive its successful infection in host. The disadvantage of such undirected mutagenesis is the background mutations occurred in a large number of unrelated loci.

The recently established genome editing tools by use of “programmable” nucleases including zinc-finger, TALEN, CRISPR/Cas offer the opportunity for a target-directed mutagenesis of a gene without possible side effects due to the background mutations in crop plants. This method also offers the possibility to generate “transgene-free” plants by a successive crossing, so that the transgene construct can be completely eliminated and only the desired mutated nucleotides remain in the genome.

My current research aims to generate a recessive resistance against the pathogenic fungus Verticillium longisporum in oilseed-rape (Brassica napus). V. longisporum is one of the most important pathogens of Brassica napus and poses an increasing threat to oilseed-rape production worldwide. Due to the lack of genetic resources, and the limitation of the application of fungicide, resistance breeding of oilseed-rape against the fungus remains a great challenge. Recently, we identified a subset of genes and microRNAs in the oilseed rape genome, which are involved in the oilseed rape-Verticillium interactions. As inactivation of those genes resulted in enhanced resistance to the pathogen infection in Arabidopsis, we assume that these genes belong to the plant susceptibility factors required by Verticillium for its successful infection in oilseed rape, thus offering a novel strategy for resistance breeding of oilseed rape against the pathogen.

To inactivate such genes, we implement the CRISPR/Cas based-genome editing system in the oilseed rape genome. We have developed an efficient and specific expression cassette vector, which can be easily modified according to the target genes, for instance, for the exchange and modification of the nuclease (the nuclease Cpf1) as well as for the use of single/multiple sgRNAs. The generation, selection and characterization mutants of oilseed rape are in progress.

To avoid possible negative side-effects due to the elimination of the target gene in plants, a HDR (Homology Directed Repair) – based editing system is in construction. This allows for an arbitrary modification of the target sequence but without the complete loss of the function. This approach will provide us a unique opportunity to interrupt the plant-pathogen interaction, e.g. by interference in the miRNA-mRNA recognition, consequently leading to an incompatible interaction between the plant and the fungus but without inactivation of the gene function.

Michael Pröbsting
is a PhD Candidate in the Department of Molecular Phytopathology and Biotechnology at the Christian-Albrechts-Universität in Kiel, Germany. He will present his findings on CRISPR at the 5th Plant Genomics and Gene Editing Congress in Amsterdam.

Find out more about the latest applications of CRISPR technology in plant research at the 5th Plant Genomics and Gene Editing Congress.