Exploring the microbiome in the agricultural industry 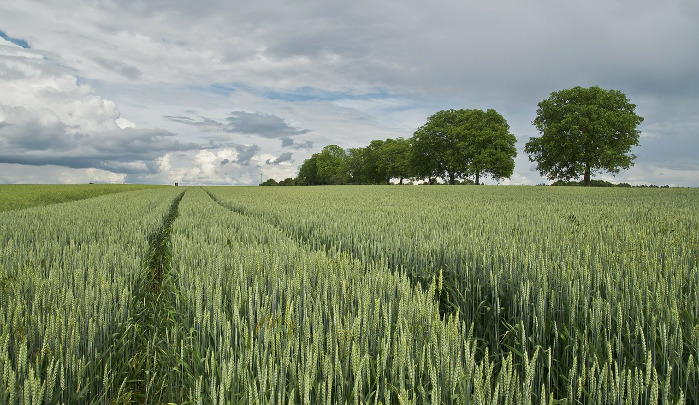 ‘Microbiome’ has become somewhat of a buzzword within science. There have always been ‘live and active cultures’ in your yogurt, then they were in your dog food and recently doctors started to prescribe probiotics to improve human health and cure some diseases. Now they are helping plants.

Scientists have been well-aware of relationships between plants and microorganisms for decades. Money is flooding into businesses and research focused on microbials and some successful products have emerged in recent years. However, the complex interaction between plant and microbe is still masked in mystery to some extent so big research investments, plus interest from industry giants, are opening doors for the next generation of biological products.

Earlier this year, the White House Office of Science and Technology Policy launched the National Microbiome Initative. The goal of the research effort is increased understanding of microbiomes to advance the use of microbes in human, plant and environmental health. A number of different federal agencies are involved with the initiative and have committed a total of $121 million to the project. This will be coupled with over $400 million from non-governmental organizations within the US, including the Bill and Melinda Gates Foundation, The University of California, North Carolina State University, and a number of healthcare institutes.

The 2015 AgTech Funding Report published by AgFunder in February stated that $169 million was invested specifically into the soil and crop tech space last year, particularly toward biologicals. They noted thirty-five deals and forty-four unique investors. In addition to venture funding, each of the “big 6” companies have made acquisitions or research investments into biologicals at this point, and the race continues. Monsanto estimates that agricultural biologicals have a $2.9 billion market value, citing $1.8 billion to microbes. Market research organizations have claimed that biological sales could exceed $5 billion within the decade. Interest and investment has primed the industry for success.

While this surge of enthusiasm around microbes is motivating the delivery of effective biological solutions for both agricultural and human health, a secondary benefit comes in the form of technology advancements. A veritable chain reaction, success in microbiome research has brought vast improvements in the available tools and techniques involved in this scientific endeavor. Notable recent advancements include breaching the “$1000 genome” (this cost is down from $10 million just a decade ago), proving the validity of HuMiX (a model of the human gut for studying the interaction between human cells and bacteria), and development of the breakthrough precise genome editing technique, CRISPR/Cas9. Despite being largely directed at human health, these tools and the associated knowledge have far reaching significance to all microbial science: scientists are able to do much more with much lower financial input.

From the economic perspective of agricultural research organizations, investing in biologicals makes a lot of sense. Research costs for the development of biostimulants and biopesticides are up to ten times less than that of synthetics or GM crops. Additionally, due to lower regulatory hurdles and fewer restrictions, timelines for bringing products to market are cut short.

The industry has had some successes but there is a belief that with a better understanding of complex plant-microbe interactions, or with the ability to screen more microbes for beneficial effects when this interaction is unknown, research can deliver improved biological agricultural solutions. A multi-microbe approach appeals to researchers in this arena, as the natural interactions between plant and microbes involve a number of different organisms. Products consisting of multiple unique bacteria can offer numerous functional effects, resulting in a well-rounded improvement to the plant.

BioConsortia is a unique microbial R&D company using a breakthrough process, called Advanced Microbial Selection (AMS), for the discovery of compatible teams of microbes. One challenge of working with more than one microbe is that there is natural competition between microbes for survival and space on the germinating seed. The AMS process uses directed selection of the microbiome to enrich for beneficial microbes with the ability to survive, colonize and assist a plant in the presence of others. Plants are grown, varying only in their microbiomes, and then selected and moved forward based on expression of superior plant phenotypes. The directed selection and improved plant trait can even be in response to stresses such as drought, nutrient deficiency, and pests and diseases, ultimately resulting in a higher yielding crop. The result of this rapid evolution is identification of compatible microbes or consortia that will be developed into seed treatment, in-furrow and granule products.

Notwithstanding solid scientific data and general populous enthusiasm, grower perception of microbials still poses a hurdle to the broad adoption of biologicals. There is a need for more field data and continued endorsement by agricultural majors. Also, biologicals have a historic reputation of inconsistency. Growers need reliable solutions. Using teams of microbes is one way to improve this consistency. In addition, the AMS process identifies microbes that are efficient at colonizing a plant, since all of the microbes isolated were associated with the plant in some way. This increases the chances that the community will affect the plant as intended when applied as a treatment. While growers remain skeptical, however, biological products will be used together with standard agricultural inputs; another challenge given the sensitivity of these live organisms.

BioConsortia’s AMS process tackles this important problem by using chemically treated seeds so that any discovered consortia are comprised of microbes that can tolerate the presence of harsh chemistries. These microbes will have a better chance of surviving on the seed or in the tank in combination with other inputs. Leads are screened against a variety of common seed treatment and fertilizer products to confirm compatibility.

The drivers for the initial interest in biologicals are still present – heightened regulation of synthetics, restrictions against certain chemistries, demand for increased yields per acre of arable land, and public perception of environmental and health impacts of residues and GM traits. Microbials and other biologicals are filling this industry need for sustainable innovation and increased yields. Continued investigation of the microbiome will take us to the next level.

Visit here to view our full range of conferences across the life sciences.