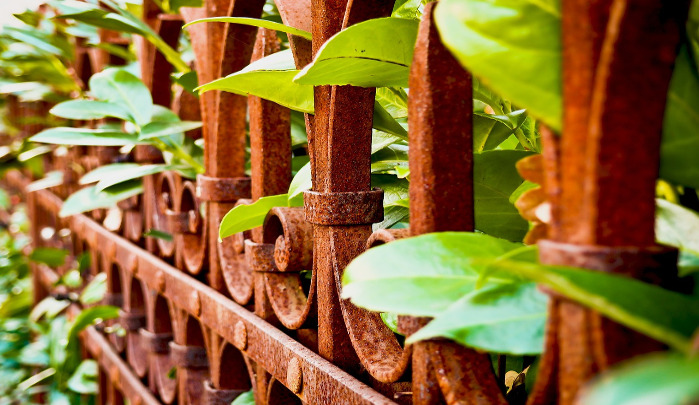 The ongoing battle against plant rusts

Plants are the basis of all life on earth, and the well-being of all humans is entirely dependent on them. Since the dawn of humanity, plants have at one time or another provided all of the essential things we need to survive: clean air, clean water, food, clothing, and shelter from the elements. Without plants, there can be no food security.

According to the World Food Program, about 1 in every 9 people (about 795 million) do not have enough food to lead a healthy active life. Plant diseases are a significant contributor to this, with conservative estimates of global losses to plant diseases in the order of 10%. Diseases cause direct loss of yield and also result in contamination that causes reduced quality and toxins in food and fodder products. Predicted population growth over the coming years and ongoing concerns about the effects of climate change, soil loss and rising energy costs mean that providing adequate quantities of safe and healthy food for all is certain to remain an important challenge for humanity.

The rust diseases of cereals are among the most dangerous of plant diseases. For example, stripe rust of wheat was recently estimated to cause some $1 billion in losses globally each year. The pathogens that cause rust diseases belong to a group of fungal parasites that are of particularly high biosecurity concern because of their ability to develop explosively in crops and to spread rapidly.

Rust infected cereal crops produce billions of microscopic spores that are perfectly adapted to wind dispersal. These spores can be blown across thousands of kilometers, and are known to have spread on wind currents between continents. Twenty years after one such rust blow in arrived in Australia from South Africa, a stem rust epidemic caused some AUD$300 million in damage to wheat crops in the south east of the country.

Rust diseases are controlled by either pesticides or by selectively breeding new plant types (cultivars) with in-built genetic resistance. Developing new crop cultivars with resistance to pathogens like the rusts is akin to an arms race, in which scientists must stay one step ahead of an ever changing pathogen. Knowing the enemy is a huge advantage in any battle, and we are now using new genome sequencing technologies to gain deep insights into how rust pathogens interact with their hosts. The ultimate goal of this work is to develop new strategies to control rust pathogens in wheat, barley and oats, by determining how the pathogens infect their hosts, and how they overcome genetic resistance.

The development of genome sequencing tools, and recently of second-generation DNA sequencing, has permitted unprecedented insights into how organisms work and has led to an explosion in genome sequence data for all kinds of organisms. Second-generation DNA sequencing is providing new tools to accelerate crop improvement, and is allowing scientists to unravel the mechanisms involved in interactions between plants and pathogens that is expected will reveal new control strategies.

Rust genomes sequenced to date have shown that they are larger than most other fungi due to an expansion of repetitive elements and genes involved in processes such as host wall modification, transport and antioxidant defence. There is evidence of gene loss in certain metabolic pathways such as sulphate assimilation, which could explain why these fungi grow so poorly on artificial media.

The knowledge of cereal rust pathogens we have gathered over the past 90 years has provided the basis of resistance breeding strategies that have been very successful in preventing yield losses. Estimates of such savings in Australia alone, for wheat and barley, are in the order of $1 billion per year.

By gaining an even better understanding of how rust fungi invade and manipulate their hosts to hijack metabolic pathways and divert nutrients from developing grains to allow their own reproduction, we hope to identify targets in the host plant that can be modified to stop pathogen growth. The ultimate goal is to develop new and more sustainable control strategies that will reduce the impact of these diseases even further, and reduce or even eliminate the need for fungicides.

Professor Robert Park
is the Judith and David Coffey Chair in Sustainable Agriculture, University of Sydney, Australia. He is speaking at the Plant Genomics and Gene Editing Congress: Asia. To view the agenda, click here.