Microbial-derived information in complex problems has been notoriously hard to analyze in a way that allows for drawing meaningful conclusions. The use of artificial intelligence’s toolbox, which offers a multidimensional approach to digging into data coming from hard-to-address indications can shed new light on the diagnosis or treatments.

Ardigen’s technology employs bioinformatics and AI to identify microbial signatures typical for a given group of patients. These features are interpreted as functional units that can be translated into candidates for biomarkers and help to further therapeutics.

Ardigen joined forces with BioCollective, a leader in the field of microbial research and product development. Martha Carlin and her team’s interest is in Parkinson’s disease. The aim of the collaboration is to discover the unique microbial signature which may be used to identify early onset of the disease and benefit of millions of patients with early interventions to improve outcomes.

In this webinar, we will have a look at the microbiome analysis in Parkinson’s disease. If you are interested in biomarker discovery, tune in and learn more about: 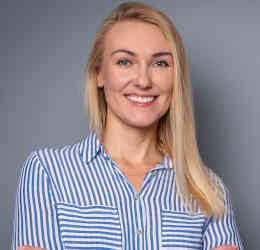 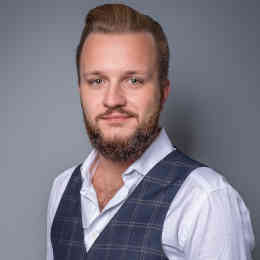 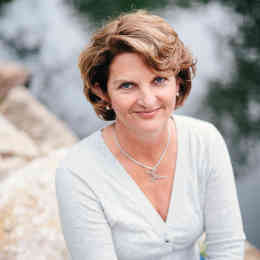 Agnieszka Piotrowska combines her knowledge and enthusiasm for science to lead partnerships and collaborations at the Ardigen Microbiome Business Unit. She has a PhD in molecular microbiology that she obtained from Edinburgh Napier University and is passionate about microbiome research.

Krzysztof Odrzywołek has a degree in automation and robotics and is a PhD candidate in the field of computer sciences. In his research, Krzysztof works on deep learning algorithms dedicated to the understanding of human microbiome protein functions. In the Parkinson’s disease project, Krzysztof was the main researcher behind the selection of the microbial signature.

Jan Majta is a senior bioinformatician at Ardigen and is responsible for the coordination of bioinformatics, data science, software development and biological understanding of projects to ensure the delivery of the highest value in each project. His degree in biotechnology gives him an advantage in understanding the biological aspects of microbial projects. During his work at the University of Basel and his PhD project, he expanded his proficiency to bioinformatics, in particular metagenomic data analysis.

Martha Carlin, is a Citizen Scientist, Parkinson’s wife, and founder of The BioCollective, a microbiome company expanding the reach of science. Since her husband’s diagnosis in 2002, Martha began learning the science of agriculture, nutrition, environment, infectious disease, Parkinson’s pathology and much more. In 2014, when the first research was published showing a connection between the gut bacteria and the two phenotypes of Parkinson’s, Martha quit her former career as a business turnaround expert and founded The BioCollective to accelerate the discovery of the impact of gut health on all human health, including Parkinson’s. Her systems thinking background and experience has led to collaborations across the scientific spectrum from neuroscience to engineering to infectious disease.

Dr. Raul Cano is the President and Chief Executive Officer at PaleoBiotica, Inc. Dr. Cano holds the title of Professor Emeritus at the Biological Sciences Department, California Polytechnic State University in San Luis Obispo. He also serves as Chief Scientific Officer for the BioCollective. As the former Executive Director of Research at the ATCC Center for Translational Microbiology Dr. Cano led a team of scientists in the development of a new generation of microbiome reference standards. Additionally, Dr. Cano is the founder and former Director of the Environmental Biotechnology Institute (EBI), a firm that specializes in environmental microbial forensics and remediation. Dr. Cano is best known for his groundbreaking work in Paleomicrobiology, with extensive experience in microbial ecology, and molecular and cellular microbiology. Dr. Cano earned his Ph.D. in Microbiology from the University of Montana.

The meeting is free to attend

Interested in hosting your own webinar or online panel discussion?

With over a decade of experience in hosting life science events, Global Engage is your ideal partner to either devise an agenda for you or work with you and your speakers to promote the online event to our extensive databases.