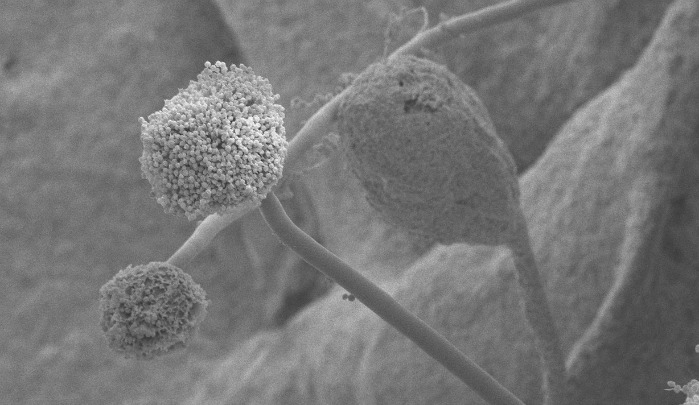 The term ‘probiotic’ comes from the Greek words ‘προ’ and ‘βιοτος’, which mean ‘for life’. In 1953, the ‘probiotic’ term was introduced by Kollath as organic and inorganic supplements necessary to restore health to patients suffering a form of malnutrition resulting from eating too much highly refined food (Hamilton-Miller et al., 2003).

The World Health Organisation (WHO) defines ‘probiotic’ as live microorganisms which, when administered in adequate amounts, confer health benefits to the host (WHO, 2001). Furthermore, microbial cell preparations or components of microbial cells that have beneficial effects on the health and well-being of the host (Salminen et al., 1999), including viable and non-viable bacteria (Owuhand & Salminen, 1998) are also considered to be ‘probiotic’. Therefore, probiotics can generally be defined as a “treatment” that gives beneficial health effects to humans and animals.

Binding of probiotics to food mutagens and carcinogens

Probiotic bacteria can be used as agents of dietary detoxification (Turbic et al., 2002) and it is evident that probiotic bacteria can inactivate toxic compounds and thus prevent the activation of carcinogens and mutagens (Peltonen et al., 2000). For example, probiotic Lactobacillus casei Shirota decreased DNA damage in the rat colon after exposure to N-methyl-N-nitro-N-nitrosoguanidyne (MNNG) and ameliorated genotoxicity induced by dimethylhydrazine (DMH) (Commane et al., 2005).

Nevertheless, the mechanism that explains the ability of probiotic bacteria to bind or metabolise different colon carcinogens is not completely known.

Physical binding of aflatoxin to the bacterial cell wall

Aflatoxins are highly substituted coumarins containing a fused dihydrofurofuran (Kensler et al., 2011). Four metabolites of aflatoxin occur naturally, namely aflatoxin B1 (AFB1), aflatoxin B2 (AFB2), aflatoxin G1 (AFG1) and aflatoxin G2 (AFG2). Of these, AFB1 is the most potent and carcinogenic food contaminant; the International Agency for Research on Cancer (IARC) has classified AFB1 as a Group 1 carcinogen that is linked to the development of hepatocellular carcinoma (HCC) (IARC 1993; IARC 2002).

Bueno et al. (2007) proposed theoretical model of aflatoxin binding by probiotic bacteria and involved two processes namely adsorption and desorption during the binding of AFB1 to the bacteria cell wall. Bueno et al. (2007) used probiotic lactic acid bacteria and Saccharomyces cerevisiae to determine the efficiency of microorganism (M x Keq) as a binder of AFB1 based on two parameters; the number of binding sites per microorganism (M) and reaction equilibrium constant (Keq). The authors concluded that different microorganism have different binding sites for AFB1.

The binding and interaction of AFB1 molecule to the bacterial cell wall using a computer-generated simulation model was assessed in a study by Yiannikouris et al. (2006). The authors examined the interaction between β-D-glucan structures of Saccharomyces cerevisiae and AFB1 molecules and found that the binding involved a 2-step mechanism process.

Firstly, AFB1 molecule is trapped inside the single helix of the (1➔3)-β-D-glucan chain. Then, the AFB1 molecule is covered by the branched (1➔6)-β-D-glucan chain, where it is maintained inside the helix. Hydrogen bonds only account for a small portion (-3.8 kcal/mol) of the docking energy for the binding, therefore the authors stated that Van der Waals interaction plays a major role in the binding of AFB1 (Yiannikouris et al., 2006).

Probiotic bacteria has many beneficial health effects. One of them is their ability to bind aflatoxin. As functional foods, probiotics are of great interest as a dietary approach to prevent human exposure to aflatoxins. Therefore, it is important to study the chemical interactions between the cell wall of probiotic bacteria and its relation to aflatoxin molecules; such data can provide further justification of the use of probiotics as adsorbents of aflatoxin.

Mohd Redzwan Sabran
is a Senior Lecturer in the Department of Nutrition and Dietetics, Faculty of Medicine and Health at UPM. Mohd Redzwan’s main research interest is in food safety and contaminants. His work was recently presented at the 2nd Probiotics Congress: Asia.