Disease, Ageing and Lifestyle: Considerations from the Microbiome Forum 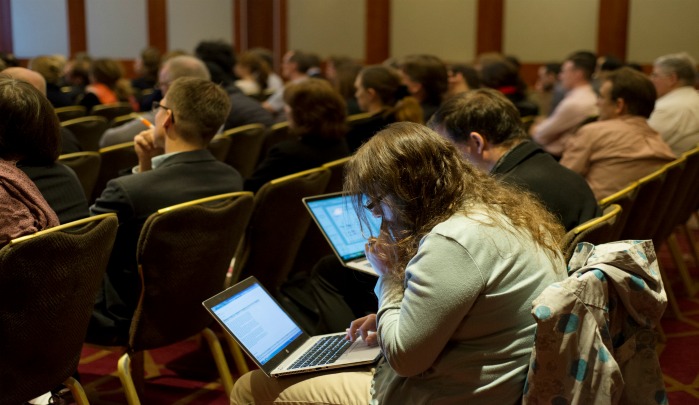 At the 3rd Microbiome R&D and Business Collaboration Forum: Europe, topics covered the impact of microbiomes on human health and disease, developing therapeutics, and investment into the microbiome. Duc H. Le, the UK Editor-in-Chief of EBioMedicine, summarises some of the presentations that took place.

To study the pathology of IBS, Wouter J. de Jonge (Amsterdam, The Netherlands) and colleagues employed animal models for stressful early life events that are known to predispose to IBS at adult age. Transplantation of microbiota from a visceral hypersensitive rat to a normosensitive one transferred the phenotype, suggesting that the microbiome is critical in the stress-induced hypersensitivity. Furthermore, the authors addressed potential mechanisms by which neural signals can affect host defence and microbiome composition in the gut lumen.

T lymphocytes were found to be very responsive to neuronal signals; and genetic knockout studies have revealed a critical function of these T cells in regulating anti-microbial peptides by intestinal epithelia. As such, the effect of stress and neuronal activity could relay to host defence mechanisms of the gut epithelia and microbial richness and diversity. Future studies are warranted in the field of microbiome adaptation for IBS pathology.

Modulation of Gut Microbiota in Obesity and Cardiometabolic Disorders

A. muciniphila is a mucin-degrading bacterium living in the gut’s mucus layer. The authors demonstrated that feeding mice with A. muciniphila reduced bodyweight, fat mass and inflammation, and restored gut barrier function by acting on mucus layer thickness and restoring the production of antimicrobial proteins. The authors also showed that in obese people, the abundance of A. muciniphila was inversely related to fasting plasma glucose levels, visceral fat accumulation and adipocyte diameter in subcutaneous adipose tissue. Upon caloric restriction, obese individuals with higher baseline A. muciniphila showed improved insulin sensitivity markers and other cardiometabolic risk factors.

In summary, strategies to modulate A. muciniphila composition in the human gut to treat obesity and cardiometabolic disorders warrant further investigation.

The hepatic portal vein conducts blood from the gastrointestinal tract to the liver, carrying metabolites produced by the gut microbiota making the liver one of the main organ that can be influenced by microbiome composition and activities.

The researchers transplanted germ-free and conventional mice with human IM from alcoholic patients with or without alcoholic hepatitis (AH). Mice receiving IM from an AH patient developed more severe liver inflammation with an increased number of liver T and NK lymphocyte subsets, higher liver necrosis, greater intestinal permeability and higher translocation of bacteria than mice harbouring the IM from an alcoholic patient without AH (noAH).

Distinct differences in IM composition could be observed, with key deleterious bacterial species being associated with AH and the Faecalibacterium genus being associated with noAH. A subsequent transfer of IM from a noAH patient could improve alcohol-induced liver lesions in conventional mice previously transplanted with IM from an AH patient. In conclusion, it may be possible to prevent and manage ALD by IM manipulation.

The researchers examined the gut microbiota of individuals with CF at stability, during pulmonary exacerbation and post exacerbation, and compared that to non-CF controls. DNA was extracted from faecal samples and the 16S rRNA gene was sequenced on the Illumina MiSeq platform. During exacerbation, changes in microbiota at phylum, family and genus levels were detected before intravenous antibiotic therapy, but the most dramatic changes in microbiota were seen after therapy commencement.

Functionality of the gut microbiota was also interrogated using samples from 6 people with CF and 6 controls, with shotgun metagenomic sequencing and metabolomic analysis. Pathways involved in lipid metabolism and xenobiotic degradation increased in the CF group compared to the controls. Metabolites were also altered. This study highlights temporal changes in CF gut microbiota, metabolites and microbiota functionality.

Skin Microbiota in Health and Disease

Using comparative genomics analysis, Holger Brüggemann (Aarhus, Denmark) and colleagues revealed the multi-phyletic composition of P. acne; certain P. acnesphylotypes are associated with healthy skin while others are associated with skin disorders such as acne vulgaris and progressive macular hypomelanosis.  Confocal microscopy revealed the colonisation pattern of P. acnes within the lumen of sebaceous follicles; healthy skin contained an organised, biofilm-like network of bacteria that does not seem to get in close contact with the adjacent keratinocyte layer.

In contrast, in acne-affected skin, P. acnes was found to be tightly associated to skin cells, which might lead to the activation of innate immune responses. The data highlighted the fragile balance between P. acnes and the skin microenvironment, and a dysbiosis in P. acnes phylotype composition may lead to skin disorders.

Skin and Hair Ageing, Lifestyle and the Skin and Scalp Microbiomes

William W. Mohn (Vancouver, Canada) reported on a study conducted by Amway. This was a cross-sectional study investigating the skin and scalp microbiome in relation to skin and hair ageing and lifestyle, and involving 495 subjects 10–78 years of age.

Diversity of the scalp microbiome increased with age, but its overall composition was not correlated with age. The reverse was true of the forehead microbiome. The authors also showed that specific microbial populations were correlated with visible signs of skin and hair ageing and lifestyle factors.

Many forehead populations were associated with age and, more weakly, with age-related characteristics like periorbital wrinkling and facial hyperpigmentation, while the reverse was true for scalp populations. Overall, facial skin and scalp have distinct microbiome communities uniquely associated with skin and hair ageing and lifestyle factors.

Two Corynebacterium populations exhibited a striking pattern of co-exclusion on both the forehead and scalp. One population was abundant on most subjects in younger age classes, but it appeared to be completely displaced by the other during middle age.

View the agenda for the 4th Microbiome R&D and Business Collaboration Forum: Europe.