Genes, Food and the Environment

Speaking at the 5th Microbiome R&D & Business Collaboration Forum: Europe, Alexandra Zhernakova, Associate Professor of the Human Genome and Exposome at the University of Groningen, outlined her research into the interaction of genes, food, and the environment with the gut microbiome. She also considered the role of the microbiome in gastrointestinal diseases such as inflammatory bowel disease (IBD) and irritable bowel syndrome (IBS).

Zhernakova began by highlighting the challenges involved in analysing the gut microbiome, the first being complexity. To some extent, she said, this can be explained by the fact that there are so many factors that influence the microbiome, among them age, gender, diet, medication, disease, and the environment.

“To make it more complex, that microbiome in turn also affects most of these phenotypes back,” Zhernakova continued, the exceptions being gender and – though it is possible to alter methylation and gene expression – genetic code. She added that there is not yet any convincing evidence in humans that the microbiome has an effect on the ageing process; however, it is known that in fruit flies, for example, transplanting faecal microbiota from old to young fruit flies can introduce age-related changes.

Inﬂuences on the gut microbiome

To find out, Zhernakova and her research team have been working with a next-generation population cohort study known as Lifelines DEEP, which is made up of an examined subpopulation of the Netherlands-based Lifelines cohort. Lifelines DEEP combines multiple molecular data levels with observational research methods in the hope of furthering our understanding of the relations between microbiome variation and genetic, metabolic, and phenotype variation.

Using metagenomic sequencing, Zhernakova and her team have linked the various phenotypes collected within the cohort with variations of the gut microbiome. “To make this long story short,” she explained, “we identified more than 100 different variables within the environment but also intrinsic factors that do have an effect on gut microbiome, for example medication [and] food items.”

She noted proton pump inhibitors – drugs which alter the amount of acid produced by the stomach – and stool type and frequency as having particularly strong effects on the gut microbiome.

Zhernakova and her fellow researchers have also investigated the effect of dietary items on the composition of the microbiome, which has revealed some interesting results. She noted that it can often be difficult to interpret how much certain dietary factors change one person’s microbiome in comparison to other people’s, but it is much easier to interpret the diversity of the gut microbiome.

Zhernakova explained: “Low diversity of the gut is the bad thing because the high diversity ecosystem is more stable, it’s more rich, it’s less influenced by all kinds of diseases.”

Coffee, buttermilk, red wine, fruits and yoghurts are all associated with a high diversity, whereas soda, high-fat milk, and a high amount of carbohydrates are all associated with a lower diversity. This has led to “quite some speculations in terms of the use of red wine and coffee and tea,” Zhernakova went on, noting that a number of follow-up studies are now going on into the effect of flavonoids on the composition of the gut microbiome because these drinks have a high flavonoid content.

Because it is known that red wine and fruits increase the abundance of a particular beneficial bacterium, she added, “we can say that some food items are having a positive effect on the gut bacteria”. 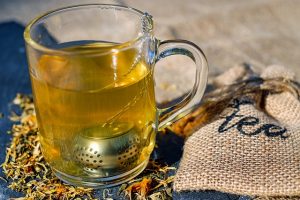 IBS, IBD, and the microbiome

The research team was also keen to explore the relationship between the gut microbiome, diet, and IBS and IBD (Crohn’s disease and ulcerative colitis), which they did not only using the Lifelines cohort but also using a patient cohort. While they share many common symptoms, IBD is a relatively rare disease characterised by severe inflammation of the gut, whereas IBS is a common condition of the digestive system.

The researchers set out to discover how disease alters the microbiome, whether it is possible to predict disease by looking at the composition of the microbiome, and whether these findings could be used to advise on dietary choices.

The “first remarkable thing” they identified, Zhernakova said, “is that the microbiome is really very different in both patients with IBD as well as patients with IBS, in particular clinical IBS.”

She went on: “There are a certain number of bacteria that are associated positively or negatively to … Crohn’s disease, ulcerative colitis, and IBS. Sometimes the same bacteria are shifted in both diseases, sometimes it’s a different association – and the fact that this association is often different also leads us to the opportunity of predicting IBD and IBS.”

This finding has big implications for the future diagnosis of IBS and IBD. What’s more, when the researchers looked at single bacteria in the microbiomes, they found that some of them, for example Roseburia hominis, were “very much consistently decreased” in both IBS and IBD patients compared to controls.

The team then applied these findings to information they collected about the dietary habits of the cohorts. Roseburia hominis, for instance, is positively associated with nuts, vegetables, tea and chocolate, and negatively associated with meat and fatty products; and, indeed, the researchers observed that patients with IBS have a low intake of many of the positive food items and a high intake of the negative ones.

“Basically, IBS patients … tend to avoid certain good products, and by that they probably also make the microbiome composition even worse,” Zhernakova concluded.

She and her team then turned their attention to genetics and its effect on the composition of the microbiome, setting out to identify the genetic risk of IBD in healthy individuals.

She explained: “There are about 200 genes, 200 genetic loci, that have been associated to IBD, and what we can do is we can calculate for every person, also healthy persons, how much genetic load of IBD genes this person has.”

The researchers did this in two ways: in one analysis, they included all 200 IBD loci, and in another they analysed only those genes that are “established for the interaction with the microbiome”.

Zhernakova added: “There are five genes that like that and there are 11 variants in these genes that are associated with IBD.”

The team found that people with the highest genetic risk for IBD, while healthy, have a lower abundance of Roseburia, which is also decreased in IBD. “So, these people do not have disease, but they have the high genetic load of IBD risk genes, and by that they already have the IBD predisposing marker.”

In other words, Zhernakova concluded, when it comes to IBD, individuals have “some susceptibility from genetics and part of this susceptibility is mediated through the gut microbiome”.

Looking ahead, Zhernakova and her colleagues at the University of Groningen are keen to utilise a new initiative, Lifelines NEXT, which comprises babies of the participants of the Lifelines cohort, to investigate the development of the microbiome in early life and how it is influenced by the breast milk microbiome, among other factors.

Click here to find out more about the next event in the microbiome series.