How CRISPR will guide the way to better cancer therapies

This article was originally published on Open Targets and is republished with kind permission.

For many cancers we don’t have an effective treatment option, and worse still, a lot of the therapies that we use are just not good enough. We need better cancer therapies, and we need them now.

The reason we need new therapies is actually the reason why I got into cancer research. It goes back to when I was only 17 when my Mam was diagnosed with acute myeloid leukemia (AML). She went through her treatment, chemotherapy, with another 12 patients, and unfortunately she was the only one who survived.

You could think that her underlying genetic make-up meant that she responded better to the treatment whereas others did not. Actually, she was not the only patient who responded, she was the only patient who responded AND survived the chemotherapy. Two other patients did respond, but unfortunately never recovered from the side effects of the treatment. I was told at the time that the greatest advance in the treatment of AML in the previous 30 years was the better anti-sickness drugs available to counteract the side effects from the chemotherapy.

The 17-year-old version of me thought that this was not good enough and decided, somewhat naively, to do something about it. And here I am, a little bit older, hopefully a little bit wiser, realizing that developing good cancer therapies is actually quite tricky!

Until CRISPR-Cas9 technology came along. CRISPR has simply revolutionised cancer research and I truly believe that the tide is turning in our fight against cancer. 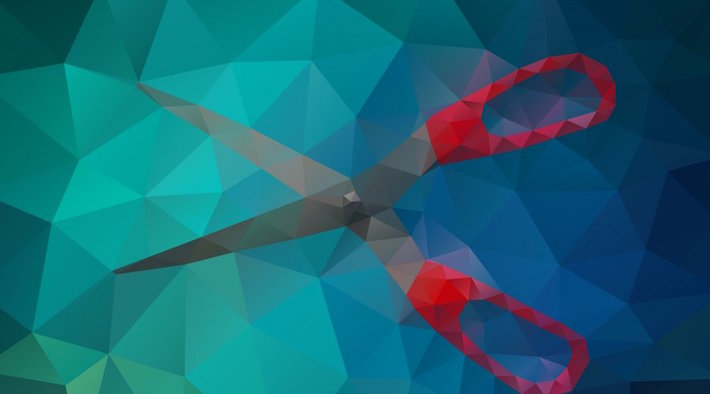 One of the most challenging elements to developing a good cancer therapy is the identification of a strong candidate (likely a protein) to target with a drug.

What’s the vital feature of the cancer cell that we could target to kill that cell?

The CRISPR-Cas9 system allows us to examine the function of a single gene in a cancer cell to identify those genes that are essential to the survival of that cell.

Imagine cutting a string in a grand piano with a pair of scissors to find out if removing that note affects how a musical piece sounds. Is that note essential to the piece? You will learn that some notes will not be a part of the tune and cutting them will have no effect. On the other hand, some notes may be important but overall the tune is still recognizable. But there will be some notes that are essential to the piece. Without them, you just hear noise. An important point to remember, is that different notes will be important in different tunes.

This is similar to how our cells work. Some genes are essential in some cells but not in others i.e. some genes will be essential in cancer cells, but not in normal cells. CRISPR-Cas9 can be used to find the genes that are uniquely essential in a cancer cell. Cas9 acts as the scissors, the genes are the strings and CRISPR is the guide that brings the Cas9 to a specific gene to track which genes are being cut and switched off. Using a pool of CRISPR guides, it is now possible to target every single gene in the genome of a cancer cell to find which genes are essential. This would suggest that the product of that gene may be a good candidate to develop a drug against.

I have been lucky enough to work with some amazing people across the Wellcome Sanger Institute, EMBL-EBI and GSK, the founding partners of Open Targets. My project has used whole genome CRISPR-Cas9 screening in over 200 cancer cell lines (and counting) to try to identify new cancer targets. This is truly science at an industrial scale, something that the Sanger is incredibly good at. In fact, if we stack up all the flasks that we will use in our experiments, we would have a stack taller than the tallest building in the world. In order to find a taller building, we need to take a trip into the fantasy world of the Lord of the Rings where Sauron’s tower beats us, just about. And if you’re still not convinced about the scale of this project – we have already performed more PCR reactions than there are Starbucks stores in the world. 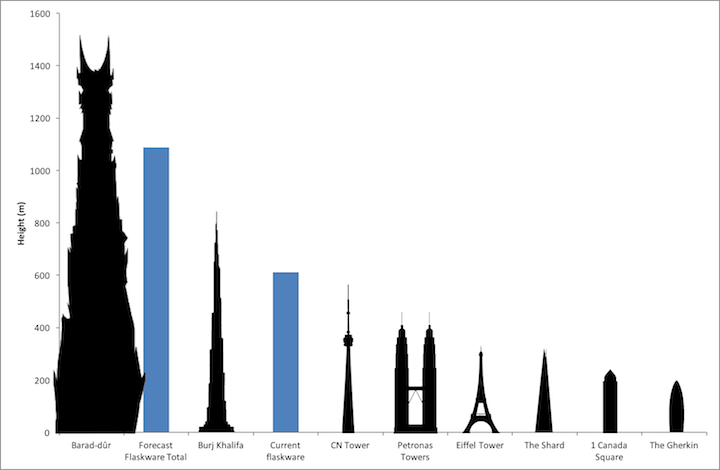 At the moment, we are half way through the number of cell lines that we intend to process and we have already found a number of incredibly promising targets. One of the great things about working with such a new technology is that there are very few set rules or established methods to follow when analyzing the data. Not only are we finding potential novel targets, we are contributing to the CRISPR analysis rule book. This can be incredibly challenging at times but incredibly exciting and rewarding, most of the time!

I am currently working on validating our most promising targets with the hope of working with our partners to develop very specific targeted therapies that will focus on killing just the cancer cells, not normal cells. This strategy will hopefully reduce adverse side effects and eradicate situations that I saw with my Mam where the treatment side-effects were more detrimental than the disease.

CRISPR-Cas9 technology is an absolute game changer in the search for new, more effective cancer therapies. Stay tuned for more news when our data is published and released through the Open Targets Platform.

Join us at the 3rd Global Pharma R&D Informatics & AI Congress, where David Hulcoop from Open Targets will be presenting on the systematic identification and prioritisation of drug targets. Download the agenda.