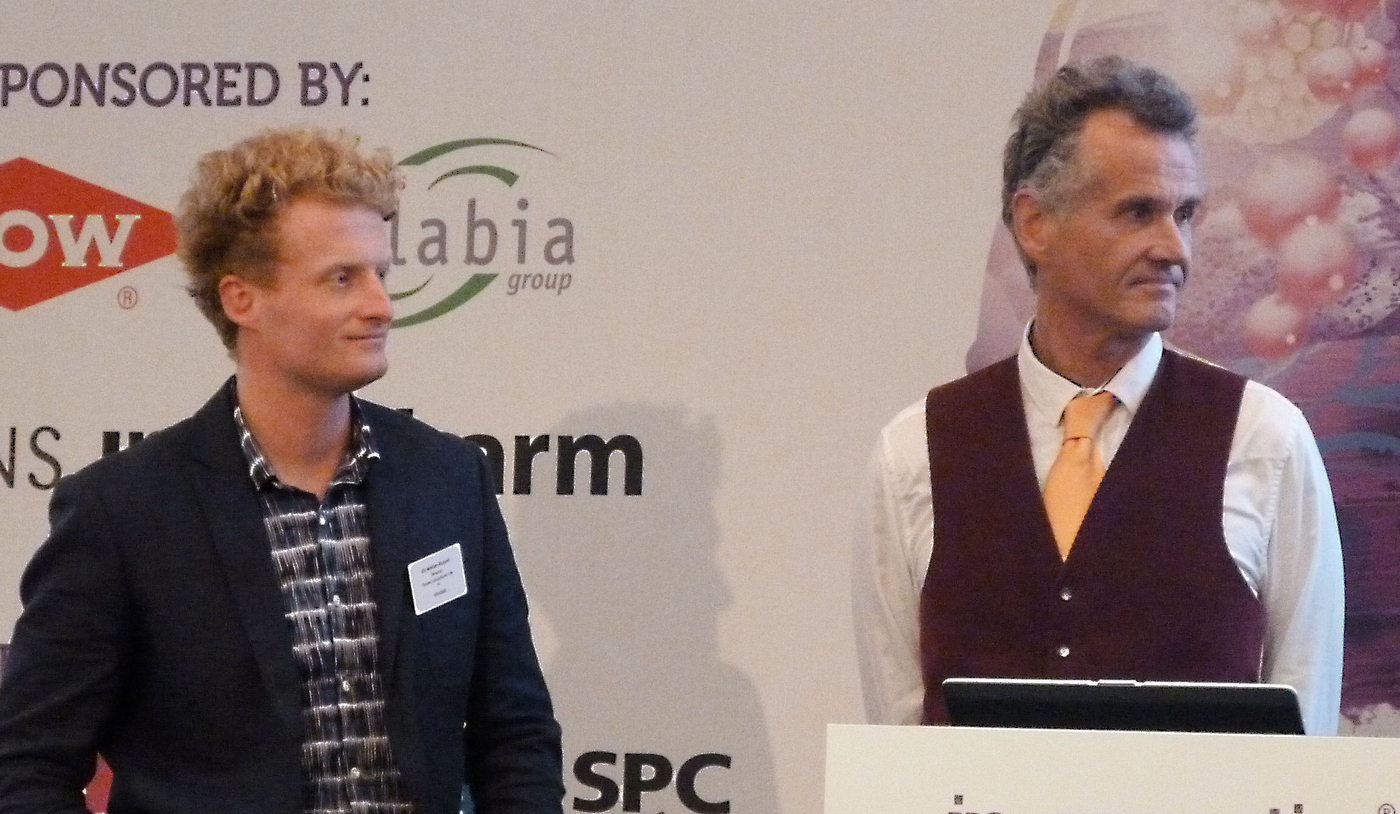 Can you outline the difference between microbiome-related skin care and probiotic/prebiotic claims?

Creating a healthy skin microbiome is a prerequisite for all ‘third wave cosmetics,’ but there are currently two main camps of thought about how best to achieve this: probiotics versus biodiversity. The two concepts are actually polar opposites of each other: the Probiotic lobby is interested in whether single species can make the skin healthy, while the biodiversity group (led by, and possibly solely occupied by, JooMo) believe that maximising the skin ’s microbial biodiversity is the key.

Before addressing this issue, however, I’d like to quickly discuss prebiotics. Prebiotics are food ingredients that induce the growth or activity of beneficial microorganisms (e.g., bacteria and fungi) in the gastrointestinal tract. In diet, prebiotics are typically non-digestible fibre compounds that pass undigested through the upper part of the gastrointestinal tract and stimulate the growth or activity of advantageous bacteria that colonize the large bowel by acting as a substrate for them. For skin health, the term Prebiotic becomes rather meaningless, but some products claim that they ‘feed’ the skin’s microbiome: they normally use the same ingredients used for the gut (eg. chicory).  Firstly, the skin’s natural flora is very different from that of the gut (and has a very different function) and secondly, the idea that skin microbes need to be fed in the same way as gut flora makes absolutely no sense unless we believe that we humans are actually able to digest food through our skin!

Why is this distinction important?

I’ll provide a brief recap of my research, which was mentioned in my previous article, to explain why this distinction is so important. In 2017, I used the example of the re-introduction of the wolves in  Yellowstone Park to explain the issue of biodiversity on the skin. The park had fallen into disrepair in their absence, due to an increasing elk population. As a result, Yellowstone saw some of the worst overgrazing in the West. By re-introducing wolves into the park, thus increasing the biodiversity, elk populations decreased back to a safe level, rivers changed direction, and many more positive changes occurred.

Ultimately, this highlights a crucial point of the fragility of ecosystems. If the skins delicate balance is upset, organisms that are not pathogenic can become damaging to the host/system. Microbes are not inherently pathogenic but become so when the delicate balance is upset, and biodiversity is decreased. Therefore, this demonstrates that the most important thing for the skin is to preserve the natural biodiversity.

Can you tell us a little bit more about the importance of probiotics?

So, let’s look at the claims behind probiotics in a little more detail. Probiotics are live microbes (bacteria, yeasts or fungi), which have been promoted as having various health benefits. In food, they’re usually added to yoghurts or taken as food supplements and are often described as ‘good’ or ‘friendly’ bacteria. Internal probiotics are claimed to help restore the natural balance of bacteria in your gut, including your stomach and intestines, when it’s been disrupted by an illness or treatment. However, there is little evidence to support the many health claims made about them. For example, there’s no evidence to suggest that probiotics can help treat eczema. The EU has banned the use of the term Probiotic and repeatedly refused to allow probiotic companies to claim any health benefits for their products.

As far as the skin is concerned, there has also been much debate about whether individual species of microbe can help skin problems (eg. eczema, acne etc). As already discussed, little conclusive evidence has been forthcoming, and many microbes can be either ‘good’ or ‘bad,’ depending on their abundance as well as their relationship with other species. Attempting to isolate single species to achieve healthy skin, demonstrates a misunderstanding of the extremely complex synergistic relationship between different microbial species and the skin’s own cellular immune system. But perhaps the Probiotic products causing most alarm are the ones that they introduce alien microbial species to the skin such as lactobacillus. To quote Prof. Michael Wilson (Professor of Microbiology at UCL):

“Lactobacilli are very rarely found on the skin and are certainly not part of the  skin microbiota of healthy individuals […] so why on earth would anyone want to repeatedly dose their skin with lactobacilli? […] What benefit could they possibly achieve? Introducing any microbe that is not part of the resident microbiota of a  particular body region is potentially dangerous as it is very difficult to predict what it would do to the microbial communities that reside there. Good examples of the potential dangers of interfering with an ecosystem by  introducing a species that is not native to that ecosystem are the introduction of the sugar cane toad to Australia, the introduction of knotweed to the UK, the escape of rats onto islands and so on […] If the skin is repeatedly assaulted by huge numbers of lactobacilli daily, perhaps its colonisation resistance will break down.” 1

Can you explain specifically how dysbiosis impacts on the skin?

Dysbiosis is a term for a microbial imbalance or maladaptation on or inside the body. Dysbiosis is most commonly reported as a condition in the gastrointestinal tract. It has been reported to be associated with illnesses, such as periodontal disease, inflammatory bowel disease, chronic fatigue syndrome, obesity, cancer, bacterial vaginosis, and colitis.

Typical microbial colonies found on or in the body are normally benign or beneficial. These diverse and appropriately sized microbial colonies carry out a series of helpful and necessary functions and compete with each other for space and resources. When this balance is disturbed, these colonies exhibit a decreased ability to check each other’s growth, which can then lead to overgrowth of one or more of the disturbed colonies, which may further damage some of the other smaller beneficial ones in a vicious cycle. As more beneficial colonies are damaged, making the imbalance more pronounced, more overgrowth issues occur because the damaged colonies are less able to check the growth of the overgrowing ones. If this goes unchecked long enough, a pervasive and chronic imbalance between colonies will set in. The potential danger of using probiotics, therefore, is that by nature they will lead to an overgrowth of a normally ‘good’ species of bacteria and will consequently lead to dysbiosis.

Kit Wallen-Russell will be presenting his research at the 5th Microbiome R&D and Business Collaboration Forum: Europe. Take a look at the agenda here to find out more.