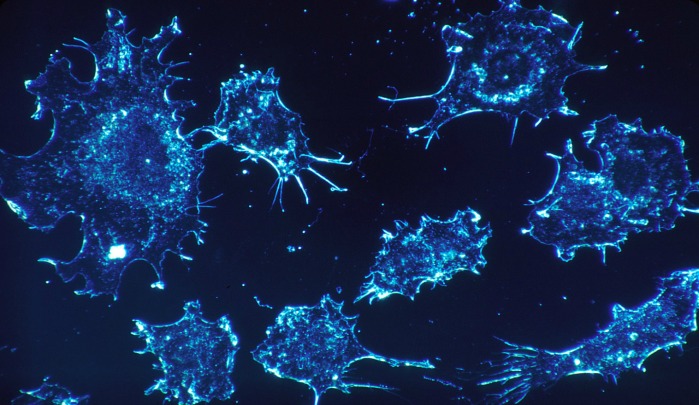 While microbiome therapeutics to support healthy gut function have garnered the lion’s share of attention, exciting approaches to oncology and anti-inflammatory therapeutics presage a new golden age for drug development, akin to the early commercialisation of chemically synthesised antibiotics from soil biofilms in the mid-20th century.

Immuno-oncology is based on the idea that the immune system can be stimulated or enhanced to attack malignant tumours. Researchers have long understood that many pathogenic bacteria that cause human infections also attack cancer tumours and cause tumour regression. Bacterial immunotherapy has a history of over 150 years, where it has been demonstrated that acute bacterial infections may shrink cancer tumours, often contributing to complete remission.

Dr. Coley systematically treated bone and soft tissue cancer with a bacterial vaccine that became known as “Coley’s toxin,” consisting of heat-killed streptococcal organisms combined with heat-killed Serratia marcescens (formerly known as Bacillus prodigiosus. Coley treated over 1000 cancer patients and achieved a high success rate in treatment of sarcomas, carcinomas (e.g. breast and renal cancer), lymphomas and melanomas. Coley’s toxin became the foundation for early cancer immunotherapy, only to be overshadowed by the emergence of radiation and chemotherapies.

Due to an increasing recognition of the serious limitations of radiation and chemotherapies, there has been a resurgence of interest in immuno-oncology, and successful development of important new cancer immunotherapies in recent years. However, although preferable to radiation and chemotherapies, immunotherapy still may cause uncontrollable levels of inflammation and immunogenicity due to use of live bacterial or viral pathogens for delivery of cancer therapies.

Biofilms in the human body make their own weapons to protect the human host from pathogens (cancers, parasites or viruses). With an increasing understanding of the human microbiome we can, for the first time, take full advantage of billions of years of evolutionary wisdom and move beyond immuno-oncology to microbiome oncology therapeutics.

We have known for some time that bacteria in the human body produce proteins and peptides that interact with key master-regulator proteins. The Scaffold Matrix Attachment Region Binding Protein 1 (SMAR1) is a DNA binding protein (548 amino acids and 60kDa) which is differentially expressed in all organs, with maximum expression in the thymus. SMAR1 is characterised as a tumour suppressor by virtue of its ability to interact with p53 and delay tumour growth, and is transcriptionally regulated by p53 through its response element present in the SMAR1 promoter. Once SMAR1 is induced, increases in phospho-p53 (Ser15) levels and the effect on p53 acetylation results in either cell cycle arrest or apoptosis.

Ongoing research of Dr. Samit Chattopahdyay, Director IICB, and Science Advisor to Amrita Therapeutics has also has shown that SMAR1 is one of the major regulators of transcription of Cyclin D1 – a hallmark in many cancers. SMAR1, along with other transcriptional regulators like HDAC1/Sin3, forms a repressor complex with the cyclin D1 promoter to control its expression.

Ongoing research has also demonstrated the effectiveness of novel, chemically synthesised peptides against inflammation at the cellular level. Thus, a single drug designed from the microbiome may have significant potential therapeutic effects against solid cancer tumours and inflammatory illnesses.

Amrita Therapeutics, co-founded by biotechnology pioneer Dr. Chakrabarty and I, works through academic collaboration with leading Indian science institutions to develop new, proprietary synthetic peptides designed based on decades of research into bacterial products in the human body.

Following the re-adoption of product patent protection by India in 2005, Dr. Chakrabarty and I sought to work with leading scientists in India to show that in the 21st century geography is not destiny; Indian researchers in Ahmedbad, Pune and Kolkata could be as innovative as their colleagues in Cambridge, San Francisco and San Diego. Now we seek global partnerships to bring promising new oncology and anti-inflammatory peptides from the laboratory bench to patient’s bedsides.

Susan Finston is CEO and Managing Director of Amrita Therapeutics as well as President of Finston Consulting LLC, where she advises organisations ranging from Fortune 100 to start-ups, governments, and NGOs.

If you found this interesting, you might also enjoy ‘Synthetic Biology and Cancer Treatment: Bottlenecks to Translation’.