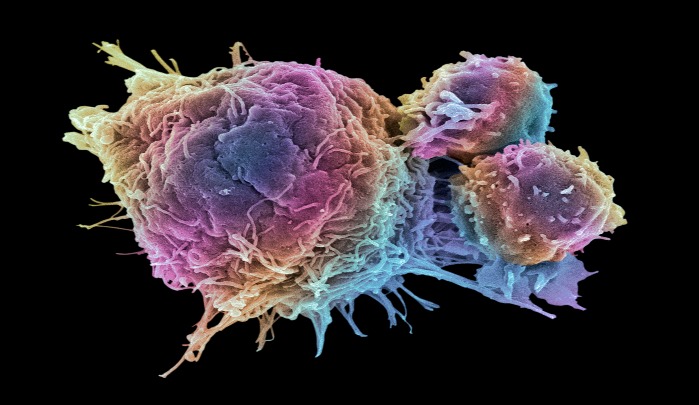 A Review of Current Advancements in Immuno-Oncology

President Jimmy Carter announced last spring that he no longer needed treatments for the metastatic melanoma found in his brain – after treatment with pembrolizumab (Keytruda, Merck), his physicians could no longer detect the cancer.

Over the last year, high-profile success stories, the inclusion of immunotherapy initiatives in former Vice President Joe Biden’s Cancer Moonshot and new therapy options drew attention to immunotherapy, and for maybe the first time, scientists considered the possibility of using the word cure when speaking about cancer treatment.

“No recent advance has been more transformative than the rise of immunotherapy, particularly over this past year,” said Julie M. Vose, MD, MBA, FASCO, ASCO President, in a recent article on Cancer.Net.  “These new therapies are not only transforming patient lives, they are also opening intriguing avenues for further research.”

Here I’ll review the recent progress, setbacks and surprises in the field of immunotherapy and give my forecast for 2017.

There has been no shortage of exciting news regarding FDA approvals for immunotherapies over the last several months.

In addition to these more traditional approvals, the FDA appears to be getting more comfortable with exploring alternative study designs. For example, Merck recently filed its immunotherapy Keytruda in the U.S. as a potential therapy for previously treated patients with advanced microsatellite instability-high cancer — a condition that refers to a deficiency in a cell’s ability to repair errors in the DNA sequence that occur during cell division. The FDA is reviewing the drug under its Accelerated Approval program and has assigned the submission a priority review, which means that the company should have a decision by March 8 [8]. If approved, Keytruda will be the first immuno-oncology drug indicated for a specific molecular alteration spanning different tumour types.

Based on currently ongoing studies, more approvals are expected throughout 2017 for Opdivo, Tecentriq and Keytruda as well as new comers, like durvalumab (anti-PD-L1 monoclonal antibody developed by Astra Zeneca).

Efforts towards combining immunotherapies – or supplementing them with traditional treatments like chemotherapy and radiation therapy – have started to pay off.

As mentioned above, in 2016 we witnessed the first approval of the combination of two immunotherapeutic agents (Opdivo and Yervoy) in first line metastatic melanoma. Although the combination was shown to be quite effective, it also increased the frequency and severity of autoimmune side effects, thus requiring careful risk-benefit considerations at the level of the single patient (and patient selection tools)[9].

Currently more than 800 clinical trials listed on ClinicalTrials.gov are testing immuno-oncology combinations. Expect to see more results from combination therapy studies for a better understanding of the benefits and toxicity that accompany combined approaches.

However, concerns about toxic side effects continue to cloud this emerging form of immunotherapy, particularly in the wake of Juno Therapeutics’ halted CAR-T trial [14], which has been plagued by patient deaths from neurological side effects. There is additional skepticism stemming from pricing uncertainties in this increasingly competitive landscape of hematologic cancer treatment and difficulties in getting CAR-T to work for solid tumours.

Companion diagnostics and the value of patient selection in drug development gained attention when two studies assessing the efficacy of two different monoclonal antibodies with similar mechanisms of action (i.e. anti-PD-1 antibodies), Keytruda and Opdivo, for the first line treatment of patients with advanced NSCLC, produced sharply different outcomes when compared to standard of care chemotherapy.

In the case of the Keytruda Keynote-024 trial, only patients with a tumour that had more than 50 percent of cells expressing PD-L1 were included in the trial. For that pre-selected population, single agent Keytruda showed to improve survival over standard chemotherapy, leading to FDA approval for Keytruda as a first-line treatment for NSCLC for that population [2]. However, surprisingly, the Opdivo CheckMate 026 trial failed to demonstrate a benefit over standard chemotherapy [15].

A crucial difference between the two study designs was the biomarker enrichment strategy: unlike the Keynote-024 study, CheckMate 026 enrolled previously untreated patients with NSCLC who had ≥ 1 percent PD-L1 expression and pre-specified a conservative 5 percent PD-L1 cut-off to define their primary analysis population. This contrast in trial designs and outcomes brought attention to the value of companion diagnostic tests, like those created by NanoString Technologies, Inc., in the successful development of immuno-oncology drugs.

Efforts are ongoing in both industry and academia to develop predictive biomarkers that improve on currently approved PD-L1 tests. Several biomarkers are currently embedded in pivotal trials which could mature this year.

For more information on tools for researching biomarkers that may form the basis for companion diagnostics, visit Nanostring’s website.

Alessandra Cesano
is Chief Medical Officer at NanoString Technologies with more than 25 years of experience in drug development, diagnostics, and cancer immunology.

The Global Precision Medicine & Biomarkers Leaders Summit is on the 21st – 22nd September. Sign up to be the first to receive the agenda.