Comparing and contrasting publications and patents 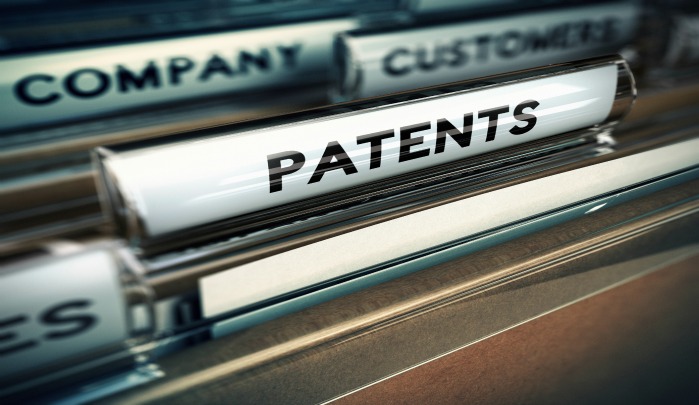 University faculty and their research teams are constantly pushing the frontiers of science and engineering in their laboratories. Their research is often funded by government sources (e.g. The National Institutes of Health, The National Science Foundation), private entities (e.g. Scientific Philanthropy Alliance), or by the respective universities themselves.

The pursuit and propagation of science is a primary goal of such research. Often, a secondary (and sometimes equally important goal) is generation of intellectual property, which can generate revenue for further research and spin off start-ups that may become the next Fortune 500 company or spawn its own industry. While the propagation of science occurs in the form of journal publications, the generation and protection of intellectual property is often implemented via patents. How are publications and patents similar/different?

Some lingo before we go further – a document that describes an invention for which a patent is sought is called a patent application. When the U.S. Patent and Trademark Office (USPTO) decides to grant a patent on the invention, the patent application issues as a patent. In the same vein, let’s use “manuscript” to identify a document that is intended to be published in a peer-reviewed journal and “journal publication” to identify a manuscript that has been approved for publication.

A manuscript and a patent application (“application”) are both technical documents that describe a new scientific concept. That is, a scientific concept developed by a university team can be described in much the same way in the manuscript and in the application. Neither document limits the description to the concept alone. In the manuscript, for example, a hypothesis is presented followed by experiments developed to prove the hypothesis, a presentation of the results (with supporting figures) and a discussion of the results.

Some content is common to a manuscript and an application. Each includes an “Abstract” which summarizes the new scientific concept (for the manuscript) of the inventive concept (for the application), and a “Background” that describes the current state of the art. Both documents describe the experiments and the results, and include supporting figures. The manuscript sometimes has a more robust “Discussion” section compared to “Materials and Methods” because the focus of the manuscript is often on the latter than the former. In the application, on the other hand, the description of the experiment and the instrumentation is given equal, if not more emphasis, than the results of the experiments.

Indeed, an application can be filed without actually performing the experiment as long as the experiment is well thought out and is not limited to being conceptual. The most important difference between a manuscript and the application are the inclusion of “Claims” in the latter, which are not found in the former. The “Claims” define the metes and bounds of the inventive concept, and are entirely legal in nature. In fact, the “Claims” form the core around which the remainder of the application is drafted.

The manuscript is submitted to a peer-reviewed journal, where, after a journal editor’s initial approval, fellow researchers with expertise in the scientific area, scrutinize the scientific concept and the results, and provide their recommendation on whether the journal should publish the manuscript as a publication. Analogously, the application is filed with the USPTO, where a patent examiner, with knowledge/experience in the technical area of the invention, examines the application and provides her decision on whether the application should issue as a patent. It is important to note that a patent examiner may not (and often does not) have the same level of expertise as a manuscript reviewer. How, then, is the patent examiner qualified to scrutinize the inventive concept? The patent examiner is a member of a Technology Center that examines hundreds (even thousands) of applications directed to similar technology. From these applications, the examiner has developed an understanding of the current state of the art against which she measures the inventive contribution described in the application.

A manuscript reviewer checks the manuscript for technical accuracy and assesses the experiments and validity of the conclusions drawn from the results of the experiments. If the manuscript is technically accurate and the conclusions are sound and logical, the reviewer typically recommends that the manuscript publish. A patent examiner does not check for validity of the science except for rare occasions, for example, when the invention is a time machine, a perpetual motion machine or other scientifically incredible invention. Rather, the patent examiner focuses on the “Claims,” which define the metes and bounds of the invention to determine how different the invention is from the current state of the art. If the patent examiner determines that the invention, as defined in the “Claims,” is distinguishable from the current state of the art as required by the patent laws and rules, then the examiner will typically “allow” the application to issue as a patent.

A manuscript is a part of an open universe. That is, based on a reviewer’s comments, the research team may perform additional experiments and add the results to the previously submitted manuscript to boost the chances of publishing. An application, on the other hand, is a closed universe. If the patent examiner determines that an existing item of literature (called “prior art”) renders the inventions defined in the “Claims” unpatentable, new information, not originally included in the application, cannot be used to distinguish over the prior art. Rather, only information already in the application can be used.

Also, if one journal declines to publish a manuscript, there is an option to attempt publishing in another journal. Such an option is unavailable with US patents since there is only one USPTO!

Both publishing in journal publications and patenting inventions are important for the common goal of making new technology available to the public. Unlike a publication, patents carry legal weight. That is, a patent grants its owner a legal right to exclude others from taking actions with the patented invention without the owner’s permission. Also, compared to publishing in journals, obtaining a patent is expensive.

This article touched upon certain high-level differences between publishing and patenting. To learn more about these differences and ways to draft a single document that can serve as both a manuscript for a journal and a patent application, do contact me.

Sushil Iyer is an Associate at Fish & Richardson. His practice includes all aspects of patent law focusing on domestic and international patent preparation and prosecution in a broad range of technological areas.

These materials may be considered advertising for legal services under the laws and rules of professional conduct of the jurisdictions in which we practice. The material contained in this article has been gathered by the lawyers at Fish & Richardson P.C. for informational purposes only and is not intended to be legal advice. Transmission is not intended to create and receipt does not establish an attorney-client relationship. Legal advice of any nature should be sought from legal counsel. ©2017 Fish & Richardson P.C. All Rights Reserved.

One Response to “Comparing and contrasting publications and patents”