Probiotics on the Skin: An Undiscovered World 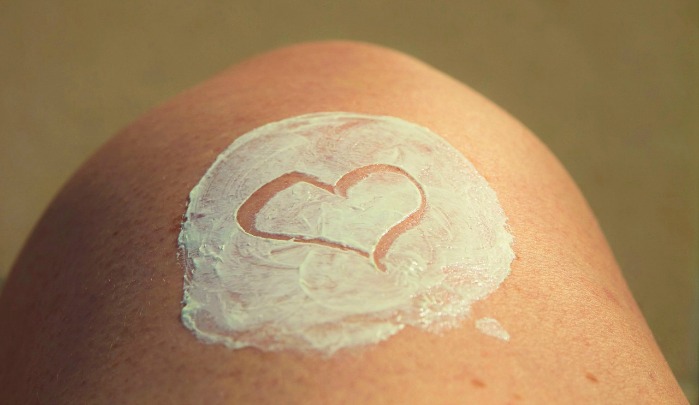 For many years, the gut microbiome has been driving the development of novel probiotic treatments. However, as the first scientifically validated products start to hit the market and more data from clinical trials become available (Olle, 2013), interest in other types of microbiomes is increasing.

Here I will provide a quick overview about the differences between these approaches. Nevertheless, due to the rapid speed of new publications it is almost impossible for any review to be completely exhaustive.

The first category is the obvious one. The underlying logic is simple: what is proven to help our health when eaten cannot be bad when used on the skin. This can be compared to the very popular yoghurt masks that are applied to the face (Holz et al., 2017). The effect on the skin microbiome in this case is always that of a prebiotic, or in other words, an indirect modulation of the microbiome.

Live bacteria or bacterial spores from the gut

The logic in this case is the same as in the previous category but goes one the step further; these products contain live bacteria or spores. This approach requires quite some effort to maintain the live bacteria in the cream. Furthermore, the bacteria are not likely to survive long on the skin simply because the environment and nutritional supply are fundamentally different on the skin than in the gut. Thus, these products would also act as prebiotics, but would be more challenging from a production point of view.

This is a new class of probiotics in the sense that they are distinct from the usual suspects like Lactobacillus and Bifidobacteria. While classic probiotics for the gut are clear inhabitants of the gut, here there is some debate.

The most advanced example is ammonia oxidising bacteria; a species that is not be found on the skin of Western individuals, but has been found on individuals who live in the jungle (Clemente et al., 2015). In Europe, these bacteria are more commonly found in the soil or in sewage plants, rather than on humans (Zeng et al., 2012). However, it is still not clear whether the Western culture lost this type of bacteria due to too much showering, or if the jungle inhabitants simply have more soil on their skin.

Either way, this type of bacteria elicits its proposed effect on the skin microbiome through a metabolic product that acts as a beneficial active molecule. Therefore, while the effect can still be considered indirect, it is necessary so the bacteria can be delivered to the skin alive. Currently, there are multiple clinical trials running with such products and very interesting results are being obtained. It is definitely worth keeping your eyes open for the outcome of these studies.

Natural bacteria living on the skin

This is the most tailored approach with regards to the skin microbiome. Multiple projects around the globe are trying to directly modulate the skin microbiome using natural skin bacteria (Myles et al., 2016). In this approach, the effect is that of an active or passive displacement of the existing microbiome population. In layman´s terms, this can be compared to a famous faecal transplantation for the gut. However, to date, no one has been able to produce comparable clinical results – but the race is on!

One interesting application is that of body odour (Callewaert et al., 2016). By transplanting the skin microbiome from a ‘non-smelly’ donor to a ‘smelly’ acceptor, is it possible to eradicate the bad odour? This sounds trivial, but could provide much appreciated relief for individuals suffering from a disease causing severe malodor, especially when a lack of showering is not the cause. Initial experiments have shown promising results, but unfortunately, there are many limitations and a bacterial-based deodorant is still not in sight.

Recently, another innovative result was published showing the benefits of adding specific Staphylococcus epidermidis strains to the skin of atopic dermatitis patients (Nakatsuji et al., 2017). While the ultimate proof of clinical efficacy was missing in this paper, it is most likely to be coming soon. In fact, the outlook is good.

In 2015 a Japanese group had already published a similar autologous transplantation of S. epidermidis (Nodake et al., 2015). Their double-blinded randomised clinical trial showed that important features of the skin, such as moisture and pH, could be changed by increasing the quantity of S. epidermidis on the skin. These factors are all key players for atopic dermatitis. The bad news is whoever wants to change his or her corticoid treatment for healthy bacteria must travel to Japan; the only country where this treatment is commercially available.

Likewise, acne vulgaris has also attracted a lot of attention which was kicked off with the publication of Lomholt and Kilian (2010). There are several projects worldwide trying to address this disease through the administration of live bacteria to either the skin or the gut. Some projects employ heterologous strains, while others work with natural skin bacteria to directly modulate the distorted skin microbiome of acne patients.

In our (biased) view, administering live bacteria is the most exciting approach. In order to address acne vulgaris it is not enough to simply displace one bacteria from the community, nor to simply add an active molecule produced by the bacteria in purified form. Instead, there is a far more complex interaction between the host and the microbes that needs to be understood (Zouboulis, 2009).

In order to treat the disease, the gene pool of the microbiome needs to be exchanged for a version which is adequately adapted to the host´s state during puberty. This is a very challenging endeavour, but without a doubt would be worth it. The current state-of-the-art acne treatments are harsh for the skin, have numerous side effects, and need to be taken for many years (Tripathi et al., 2013).

The skin microbiome field is booming and one can expect plenty of exciting scientific results coming out over the next few years. Furthermore, with the first products already launched, there will be more scientifically proven products on the way to market. These novel products will change the way we see skin care.

Current cosmetic products contain unreasonable amounts of preservatives that kill our own microbiome when applied to the skin. No one would start drinking disinfectant everyday as it is clear what this would do to our gut microbiome. However, millions of acne patients do exactly that when they cover their faces with benzoyl peroxide every day for years. It is high time we as society try to change the approach to skin care.

Bernhard Paetzold is the CSO and Principal Investigator of S-Biomedic, a biotech startup developing advanced cosmetics and novel therapeutic solutions to the skin microbiome.

If you found this interesting, you might also enjoy ‘Translating Skin Microbiome Research into Clinical Products’.

6 Responses to “Probiotics on the Skin: An Undiscovered World”