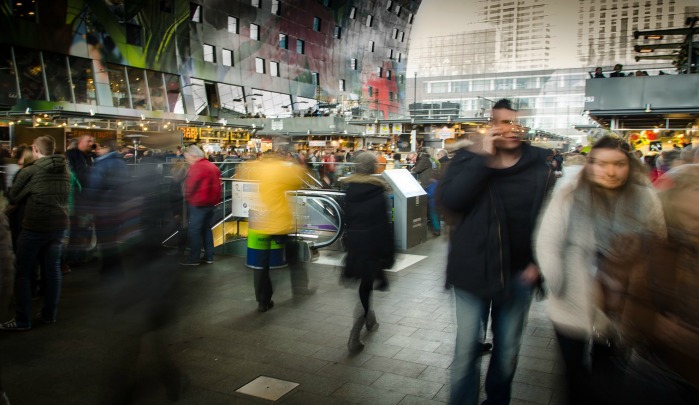 Karmella Haynes, at the Arizona State University, is one of the first synthetic biologists to engineer chromatin. It is a development that could ultimately treat diseases like cancer, through enabling large-scale changes in gene expression.

Rooted in mathematics and engineering, synthetic biology emerged as a field of theoretical and computational modelling, while early lab-based synthetic biology relied on bacteria. Species such as Escherichia coli were considered to be simple and well-studied. As such, they became model systems for the community. “We rely on model systems a lot. These are typically cells and simple organisms that can pretty easily take up foreign DNA” says Karmella Haynes.

Over the last decade, a shift from microbial to human synthetic biology has been observed. Chromatin, which has a vital role in eukaryotic control mechanisms, was originally thought to be too unpredictable to engineer. “It’s a very complex multi-layered system and has a reputation for being noisy and hard to study” Karmella explains.

Yet chromatin can act as a powerful signal amplifier. The clustering of genes in the same compartment and the sharing of DNA-protein packaging structures means that a small change in a packaging protein can re-programme the expression of hundreds of genes. Engineering chromatin has caught on and is steadily growing in popularity, with names such as James Collins, Mo Khalil and Michael Elowitz joining the fray.

Controlling cell fate is vital to the differentiation of stem cells, regeneration of tissues, and cancer therapy. Not only can PcTFs read chromatin changes, but by exploiting a specific modification, they are able to reactivate silenced loci in human cells. Presenting her findings at the recent Synthetic Biology Congress, Karmella described testing three cancer-derived human cell lines. These lines contained several PcTF-sensitive genes which encoded developmental regulators and tumour suppressors. Given that tumour suppressors are frequently silenced, PcTF represents a powerful new fusion-protein-based method for cancer treatment.

However, synthetic biologists that work on human and mammalian cells are constantly faced with the challenge of translation. “It works great in a petri dish, but how do you deliver it in a circuit to a patient so that the DNA gets everywhere it needs to go?” says Karmella.

Presenting the direction of the field and vast potential applications can convince policy-makers that investing resources is worthwhile. However, there is a tendency in the wider media to focus on the fantastical applications of synthetic biology. Currently, there is no consensus on translating what works in the laboratory to human cells. “Maybe I need to use a virus. Maybe I need to reproduce the same effect using a different molecule, or maybe I can configure this to have a tag to allow uptake” says Karmella.

While the applications of synthetic biology are vast (and seemingly only restricted by the imagination), translation continues to be a bottleneck for the biomedical community. There is no doubt that synthetic biology has the potential to enhance human health but, until the challenge of delivery is overcome, the bulk of the work will be theoretical.

If you found this interesting, share it using the buttons below.